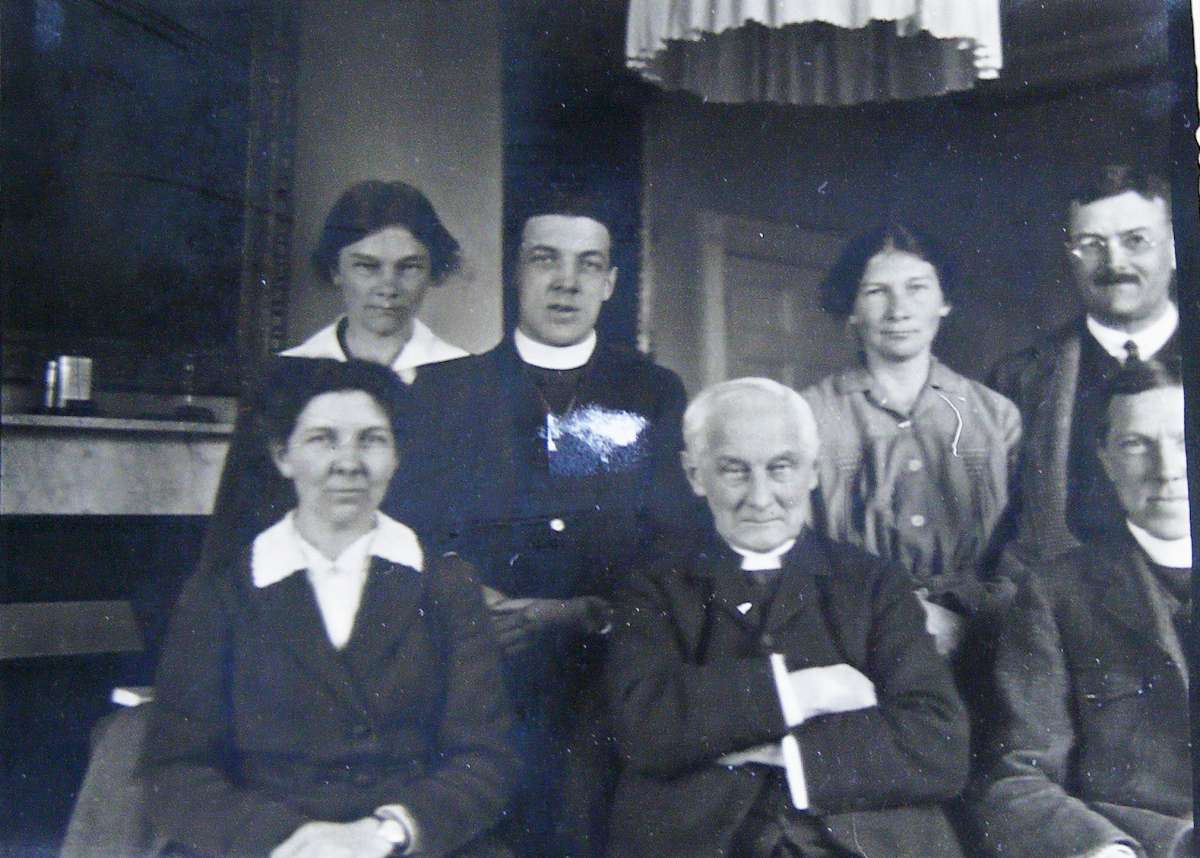 Arthur, named after his illustrious and war-mongering uncle Arthur Foley Winnington-Ingram, the Bishop of London, Arthur is the priest standing second from the left in the back row, between Etty and Evie.

As a child he was not expected to live, or if he did, he was not expected to walk. Bessie his mother refused to give up on him and the others all treated his infirmity as if it were just a minor hurdle to be overcome. When on holiday as youngsters they would take a hard boiled egg and a bottle of pop and take it in turn to carry him on their backs, all the way up Snowdon.