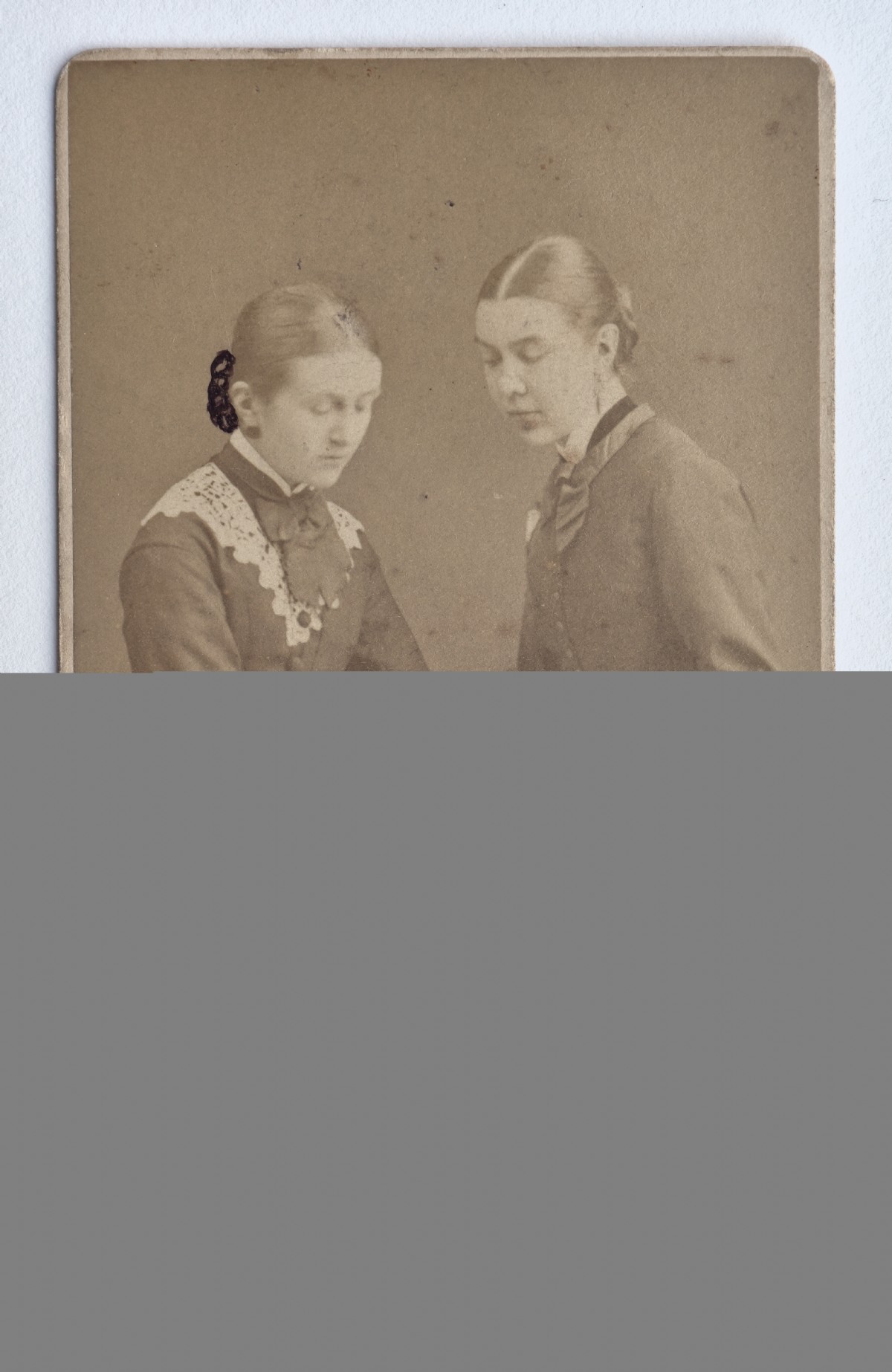 Bessie is on the right hand side of this image, beside her sister Laura. She looks very like Maud, and a little like me.

Bessie married Edward Henry somewhat reluctantly. She expressed the hope in a letter to her sister that the match was not to be 'all parish' but she was sadly mistaken. Their honeymoon was taken in Germany where Edward walked her around so many churches that her feet developed blisters and bled.

The older girls, Etty in particular, felt that their mother had died of neglect.