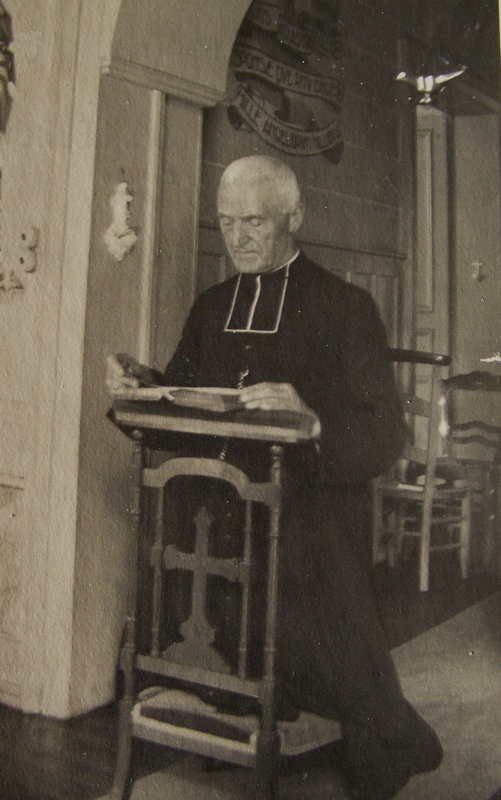 It was the story of the Abbe Lebrun and Gaston Derome which triggered my interest in including the Bavay strand of Major Tom's War.  Gaston was a scientific rationalist in his younger days but subsequent events change his mind completely.

In Gaston's early conflict with his schoolmaster I had in mind the young and brilliant Scots geologist and writer Hugh Miller, born in Cromarty on the Black Isle, who had to leave school early after a similar encounter with a foolish schoolmaster.

It was on my last visit to Bavay prior to publication that I was thrilled to find a funeral notice for the Abbe Lebrun kept by Gaston's youngest grand-daughter among Gaston's papers, touching evidence of how a sworn enemy can become a true friend. I was also very shaken by how much he looked as he had done in my mind's eye when I wrote his character. complete with black soutane, large and beaky nose and grim expression!  He died in the middle of holding a mass during WWII, which would I suspect have been how he would have wanted to go.  I wonder if Gaston was in attendance.

I do not yet know when he was born, but he looks to be quite elderly in the image shown, so have given him a birth year of 1871.  I hope to add a correct date in the future.