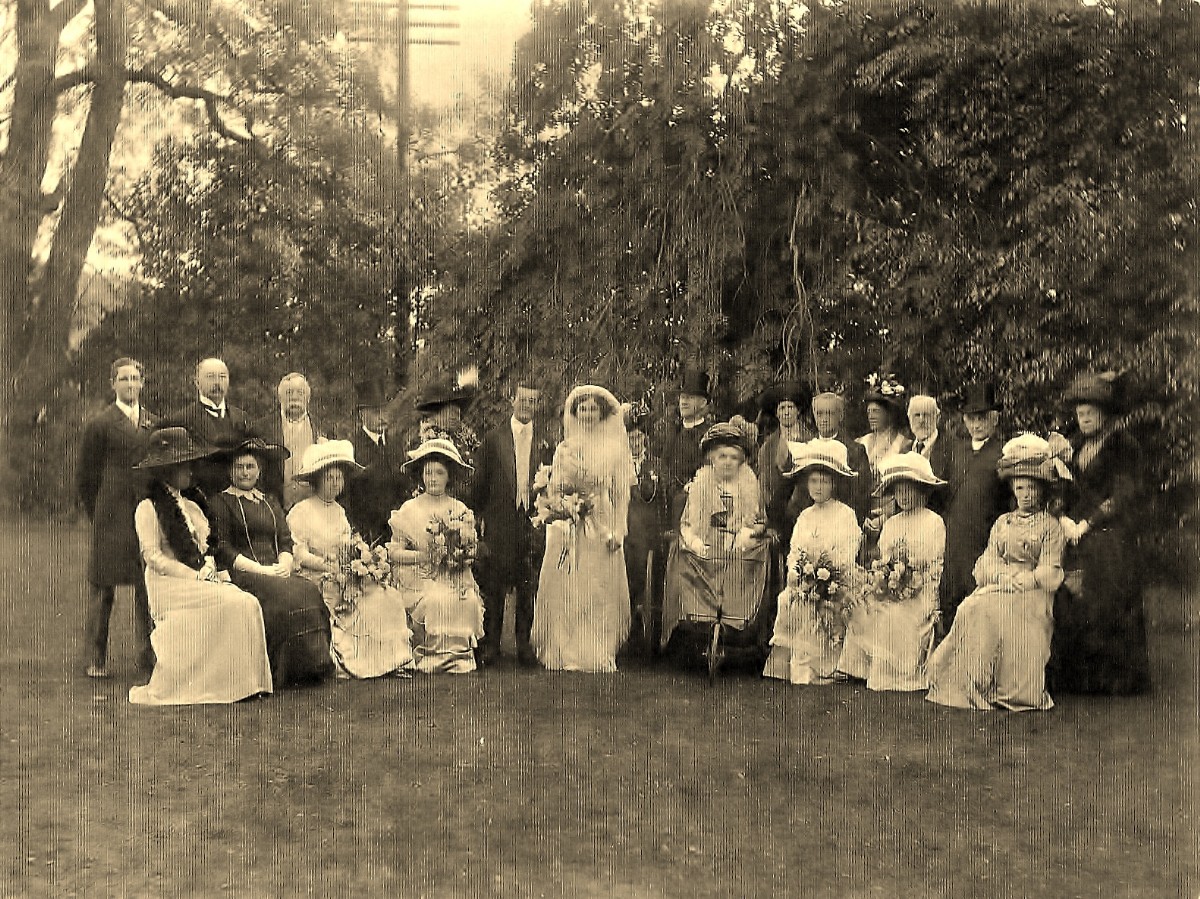 When I first saw this photo, the first thing that struck me was how like my late mother Numpy the bride looks. Initially I thought it must be a photograph of my grandparents but my older sister and cousin knew it showed my grandfather's first wife, Mary Lawson.  This photograph will have been taken in the garden at Fladbury Rectory and shows several other characters who feature in the book.

Mary looks like my mother because they too were related.  Mary and Evie were first cousins (many intermarriages of cousins in my family make for an interesting but ridiculously complicated family tree).  Evie is instead the bridesmaid sitting second from the right in this image (she should be on the left - the image has been printed in reverse and this has been corrected in the book).

She does not look particularly happy and would not have relished the hat and frock, I suspect. I have spent many hours poring over this picture, which has an odd corrugated surface, trying to work out who is who and what they may be thinking.

Mary's death in India in 1912, just a day under she and Tom had been married a year, is barely remembered today, but she looks so bursting with life and happiness in this photograph that I am glad Major Tom's War will give her another form of existence.  She was only 25 when she died.