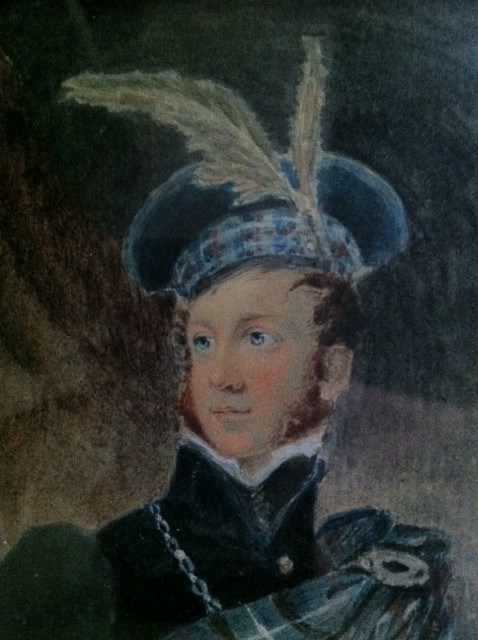 I had this portrait in mind for a handsome young Laird meeting his future bride at the Northern Meeting Ball.

Lochdubh (pronounced Loch-doo, emphasis on the doo) is based on a number of real people Tom encountered during the course of the war, with some echoes of my own family's past too. My anti-hero's childhood and even his home, the island of Meall Mor, are all fictional, but strongly rooted in real childhoods and real places. The Small Isles of Muck, Eigg, Rhum and Canna very much exist and are wonderful to visit. Meall Mor is inspired by a combination of Ballachulish and Canna, and I have worked in both locations.

Lochdubh's experiences did happen, just not all to the same person. To me he has come to represent the remote education and elitist attitude I hold responsible for much of the world's ills, both then and now. And yet I still get a lump in my throat when I read of his end.

So why not stick to a real name? Because pulling together the dark side of several real people has created a very black character indeed. Lochdubh's name is not a million miles away from one of the real men Tom tries to bring to justice, as a close reading of the archive documents will reveal. His descendants, although very nice about it when I sent them the evidence against their forebear, might not like quite how beastly a nemesis I have created by combining his activities with those of several others.

All my characters have a timeline and so I have also inserted a fictional date of birth for Lochdubh, putting him on the cusp of Sagittarius and Scorpio which I think is about right.