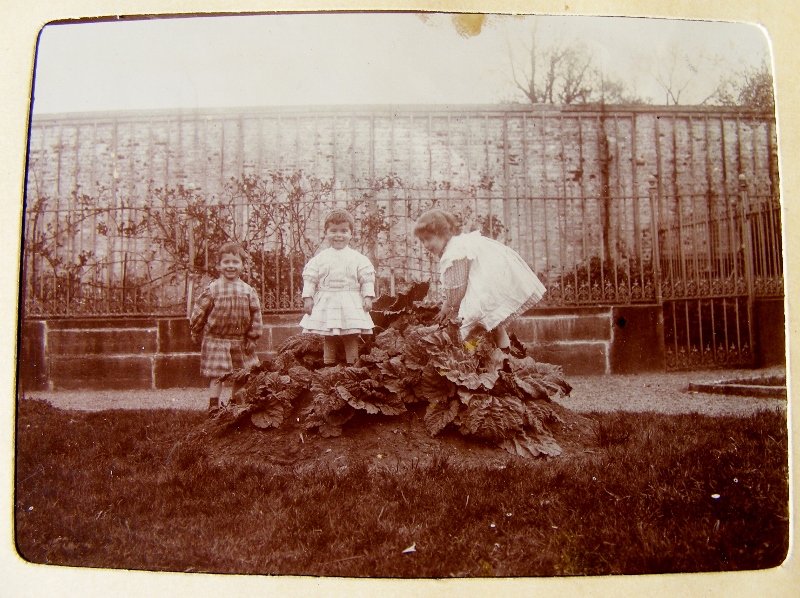 This poignant carefree image of the three elder Derome children, with Thérèse the eldest playing 'Queen of the Castle' on the top of the rhubarb patch on the right hand side, was taken in Gaston's fine garden at 3 Rue des Juifs, Bavay.  The stubs of the ornamental railings, one of the things the Germans would have taken away to be melted down into armaments, can still be seen today.

Thérèse had a life marked by tragedy. Having survived the war, she lost her husband young and looked after her father at 3 Rue des Juifs in his later years.