Chapter 29. Turn of the Wheel 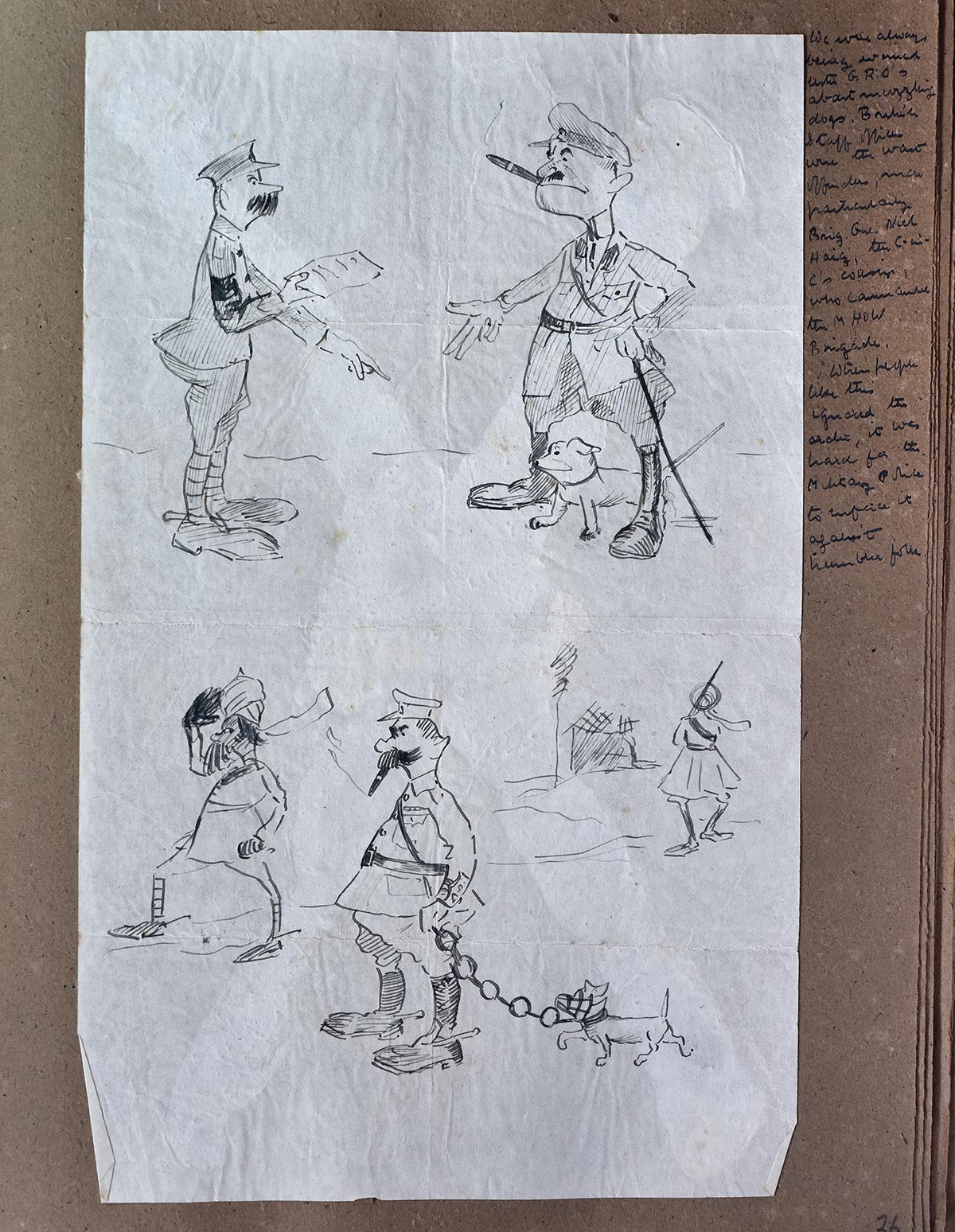 I have no photograph of Lochdubh for obvious reasons but this cartoon of Maitland's shows a bombastic officer very much as I imagine him. In fact I rather regret not giving him a vile dog as well as a nasty horse. The figure with the moustache is not, this time, Tom, or at least I think it isn't.

This chapter is a brilliant suggestion from my editor Bikram Singh Brar who wanted me to show just how bad Lochdubh had become by this stage. It seemed only natural to set him up against Horstberg, who has clearly returned to the Front and been captured since our last encounter. I have Bourgeat enduring the necessary interpreting this time.

We learn history from the viewpoint of our own country as the 'good' and the opponent as the 'bad'. I was keen to show here that our own side had its share of appalling actions.

This chapter is entirely fictional. Was there opportunistic looting? Of course there was. Were enemy soldiers ever conveniently despatched rather than taken prisoner? Yes, they were.