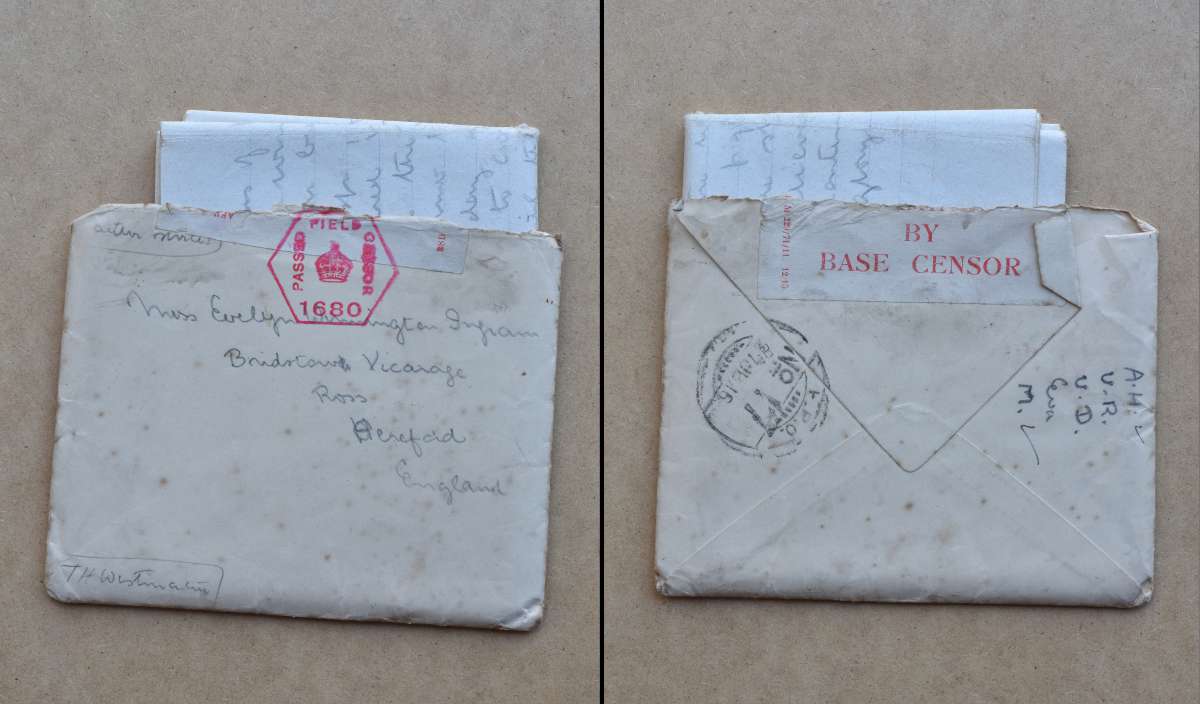 Some original letters survive, but this appears to be one of the only original envelopes, showing a censor's mark and addressed in pencil.

Puff Currey, Evie's kind and sensible lifelong friend, comes to the fore here, as does Etty, her tempestuous elder sister, now a teacher.

Having rejected Tom, Evie is in complete emotional turmoil. Wherever she turns, family and friends seem to be pushing her gently but inexorably into Tom's arms. The only evidence I have for this is an echo of her own letter rejecting him, written to her on upside-down Ross-on-Wye Red Cross paper, of which the first page is missing and therefore is undated. I take this as evidence that there were other such personal letters and Evie deliberately destroyed them, retaining only those she considered of historical interest.

She receives two letters from him, one long and quite resilient and the second very short and utterly despairing as he has learned about Reggie from another source.

At some point she has to crack and say yes and the third letter is written now.