Chapter 35. The Somme: for he is an Englishman 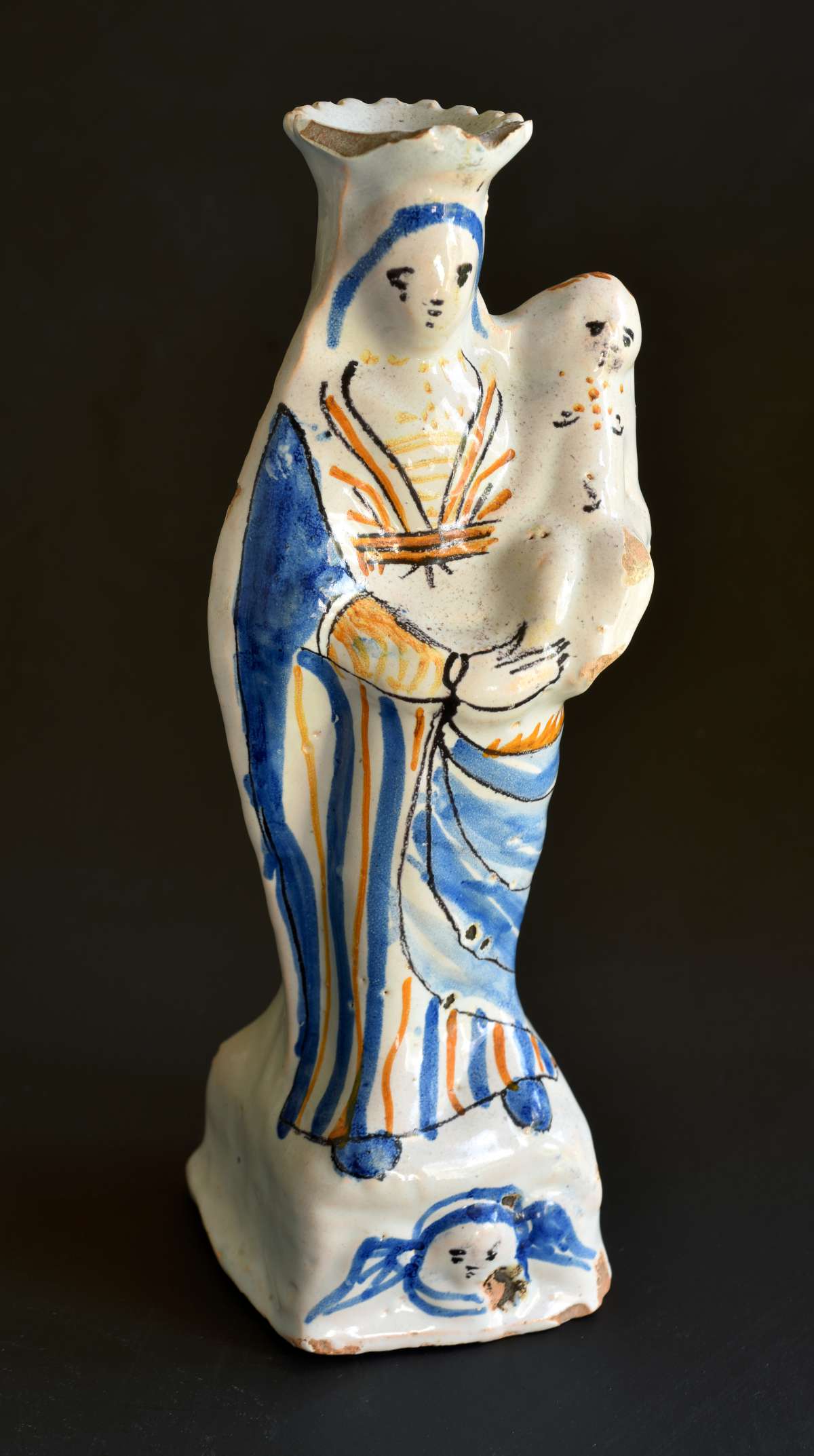 Few and far between are images taken during the Retreat from the Somme - although thanks to Tom and other military police, less chaotic than it could have been. Instead here is a picture of the Somme Madonna, who smiles down at me from my kitchen cupboard as I write this. She is small, and chipped, and made of faïence rather than porcelain, and I would not part with her for all the world.

The Somme. And the 'song of the shells' is in Tom again, having been in action for a number of days without much relief.

The incident with the mad Royal Engineers officer is real, although Tom describes him (briefly) as being shot down rather than being clear that he himself did it. Using the CWGC Roll of Honour and the dates, I have been able to identify the poor officer concerned.

I have no idea if this unfortunate officer was singing up in his tree or not, but the Gilbert and Sullivan song stuck in my head while writing this chapter and refused to budge. 'Behold the Lord High Executioner' could be an ironic description of Tom's approach too.

Glass phials of morphine (heroin) were used for pain relief. The likelihood of this also being taken to numb reality is great. Could it have paved the way to future larger-scale addictions?  A future PhD beckons for someone.

The incident where Tom takes it and hallucinates Evie spurning him and all the other horrors is entirely imaginary, but plausible I think.