Chapter 23. The Nature of Injury 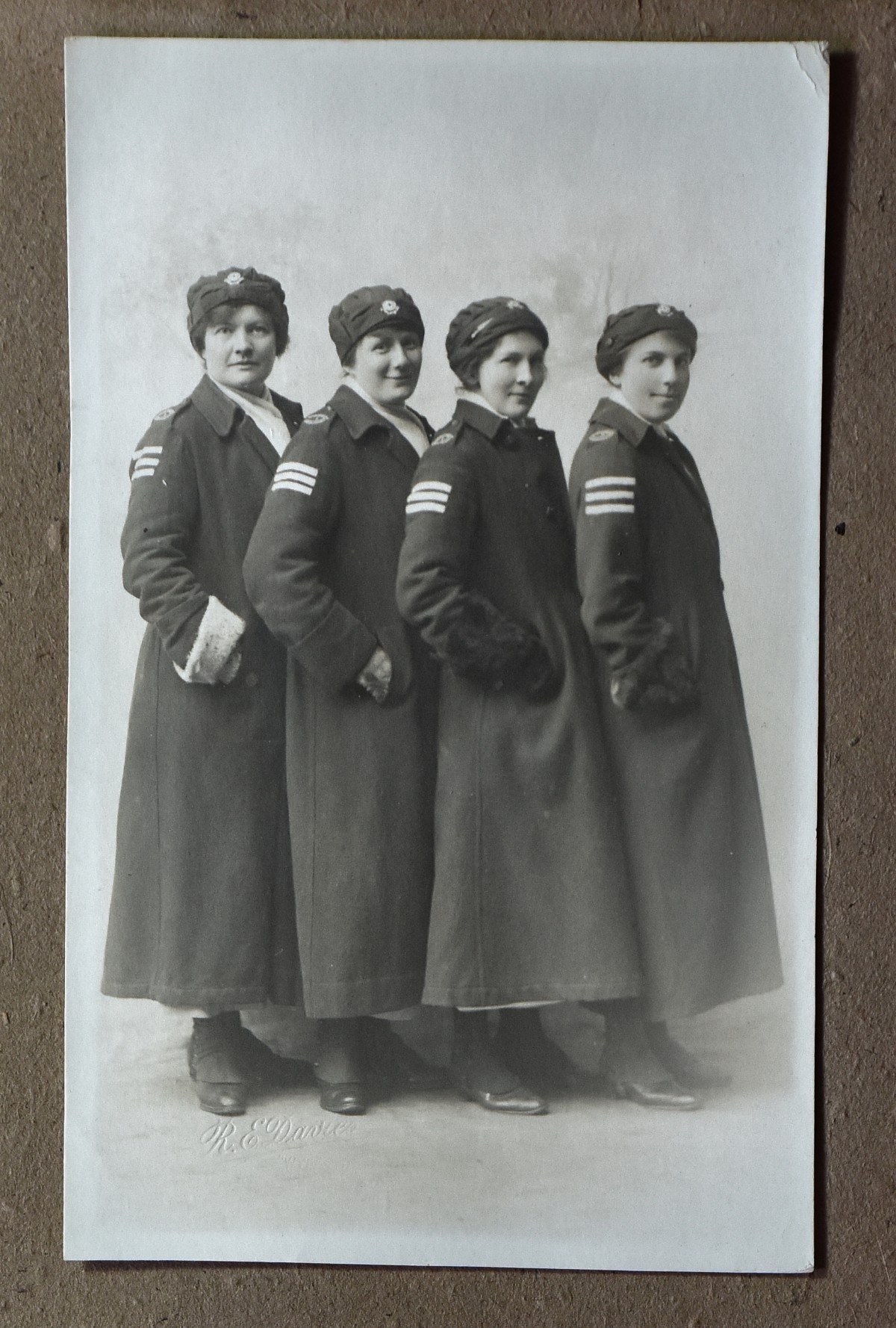 From left to right Bertha Jefferson (who became my mother's godmother), 'Puff' Currey (who arrives later), Evie and Consie Allen must surely have collapsed with laughter as soon as the shutter clicked. They all have the look of sharing a private joke.

Evie has become a V.A.D. nurse under Commandant Fox at Ross-on-Wye, which boasted two hospitals: one at Caradoc Villas (presumably on the grounds of or overlooking Caradoc Court, which was sadlydestroyed by fire in recent years) and the other at Westfield. I am guessing she spent more time at the latter than the former as it would have been a little closer to her home in Bridstow.

She is finding her work more challenging than she and Maud imagined, but finding a kind of grim satisfaction in it all the same. She struggles with empathy with some of the more disfigured patients, which must have been the case with many nurses of the period witnessing horrific injury.

I have no way of knowing whether Commandant Fox was indeed Helen Fox the suffragette. The patients listed here, including poor John Armitage, whom we have already met in a railway carriage with Evie and Mary, are fictional, although I have tried to make sure local names work for the area.

There are so many letters in Major Tom's War. Initially I used all of them verbatim and showed the text in italics but the Kashi House editorial team, quite rightly, said I could not write both a fictional and non-fictional book, which enabled me to use some but not all of the letters and to add to them where I needed to. I do think it likely that Evie's long resistance to Tom's advances was caused by an excess of correspondance on his part. I wish some of her letters to him had survived, but we have not a single one.