Chapter 16. The Contents of a Tin of Jam 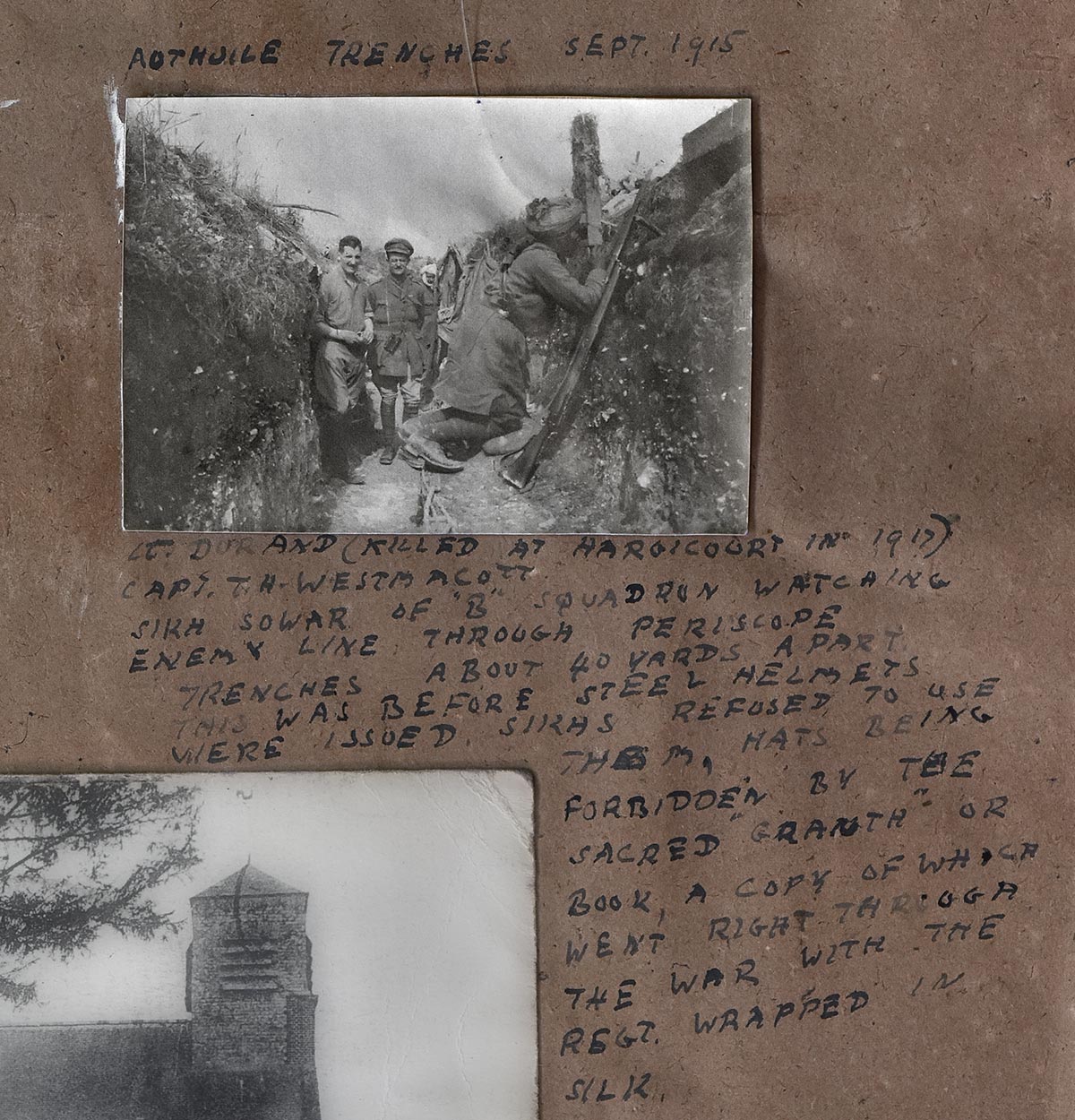 Once they get into the trenches, photographs begin to tail off, not unnaturally. This informal shot of Tom and Reggie with a Sikh sowar using a periscope to look over the parapet of the trench is one of my favourites. The two officers are smiling. Is this a reflection of the prevailing atmosphere of unreality and madness which allows them to 'Bolt the Tabasco'?

Authuile is how Tom spells it in the diary and how it appears on contemporary maps, but the modern spelling is Authuille with a double L.

Everything mentioned to do with location here is documented.

Reggie and Tom have not been together over the last few months and Reggie has not fared well in terms of mental health.

The Indian soldiers mentioned in this chapter are all fictional but the various hideous demises possible in the trenches are documented in different histories.

The incident called Bolting the Tabasco is rendered exactly as described in a hidden page in Tom's war diary which Evie had typed up but had then thought better of. Even in 1919 an attempt to 'bump off' one's commanding officer, even if almost in jest as here, would not have been well received in all quarters.

I decided to steam the top layer off this thicker page in about 2014 and found this extraordinary account below it. At this stage the war was often still referred to as the Great Game and there is a kind of manic game-like aspect to this chapter which accompanies a decline into functioning madness for both Tom and Reggie.