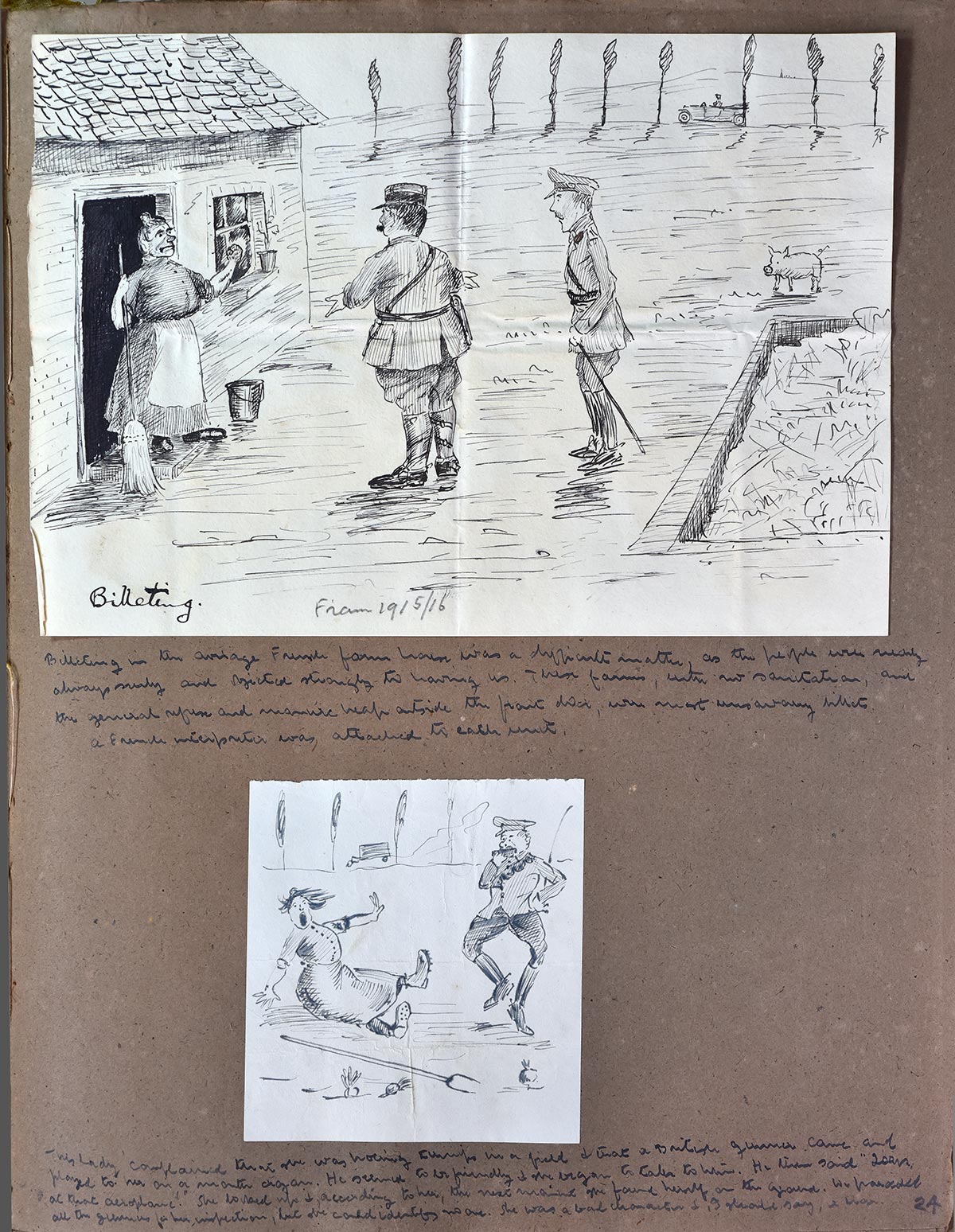 Tom's friend Colonel Maitland was an adept cartoonist and this image illustrates two of an A.P.M.'s responsibilities: Tom arranging billets (with the help of an interpreter shown here, possibly Luneau or Bourgeat) and also the tale of the notorious soldier who duped an innocent young maid into carnal relations by playing his mouth organ anf then saying 'oh look, there's an aeroplane'.

The Gurdwara scene in this chapter is one of my favourite parts of the book and is taken almost verbatim from Tom's account of the town hall ceremony. It is interesting that Evie waters down the story in the typed-up account. She does not mention the drumming or Tom's comment along the lines of 'aren't I a pagan'. but as the niece of the Bishop of London one can understand why. Fortunately his original letter has survived with details intact.

Tom grew up in India and saw little of his real parents. Of course the Sikh ceremony, led by the dignified Amar Singh, makes his blood sing. Amar Singh's role as the leader of the Sikhs on the Western Front and as a courageous and dignified Risaldar Major cannot be underestimated.

I believe that Tom's men, in particular the squadron he had commanded, would have been sympathetic to his plight in becoming an A.P.M.

The other A.P.M.s mentioned in Major Tom's War are mentioned in the diary.  Coates really was an amateur magician.

Private James Binns, who endures Field Punishment No I, is almost entirely fictional.