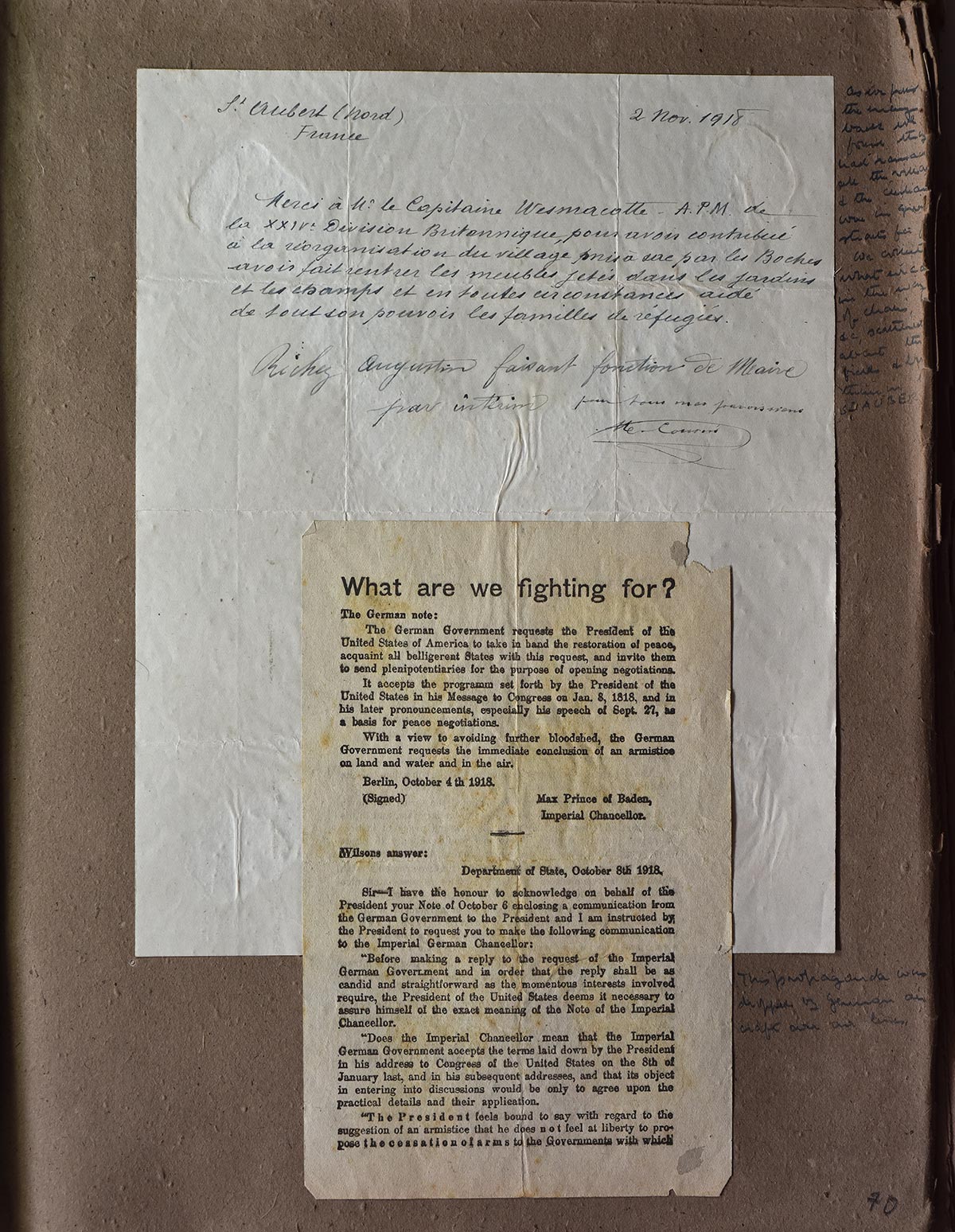 This nice thank you letter from the acting maire of St Aubert, Augustin Richez, appears to confirm that Tom helped gather up furniture which had been looted and return it to its owners.

Bavay, and at last Lochdubh gets his come-uppance. He has been systematically looting and, it seems, molesting or raping women in the area - two unlovely aspects of any conflict.

All real, apart from Matheson, who shows his affection to the end for his appalling laird.

Tom really was ordered to oversee the return of the looted goods. Whether he forced Lochdubh to attend this or participate he does not say, but it would have been difficult without his cooperation.

The real West Coast Lochdubh was, according to his amused grandson, a theatre buff and, it seems, genuinely did plan to use the unlikely bits and pieces he had stolen as props. He is guilty of none of the other things I lay at Lochdubh's door.