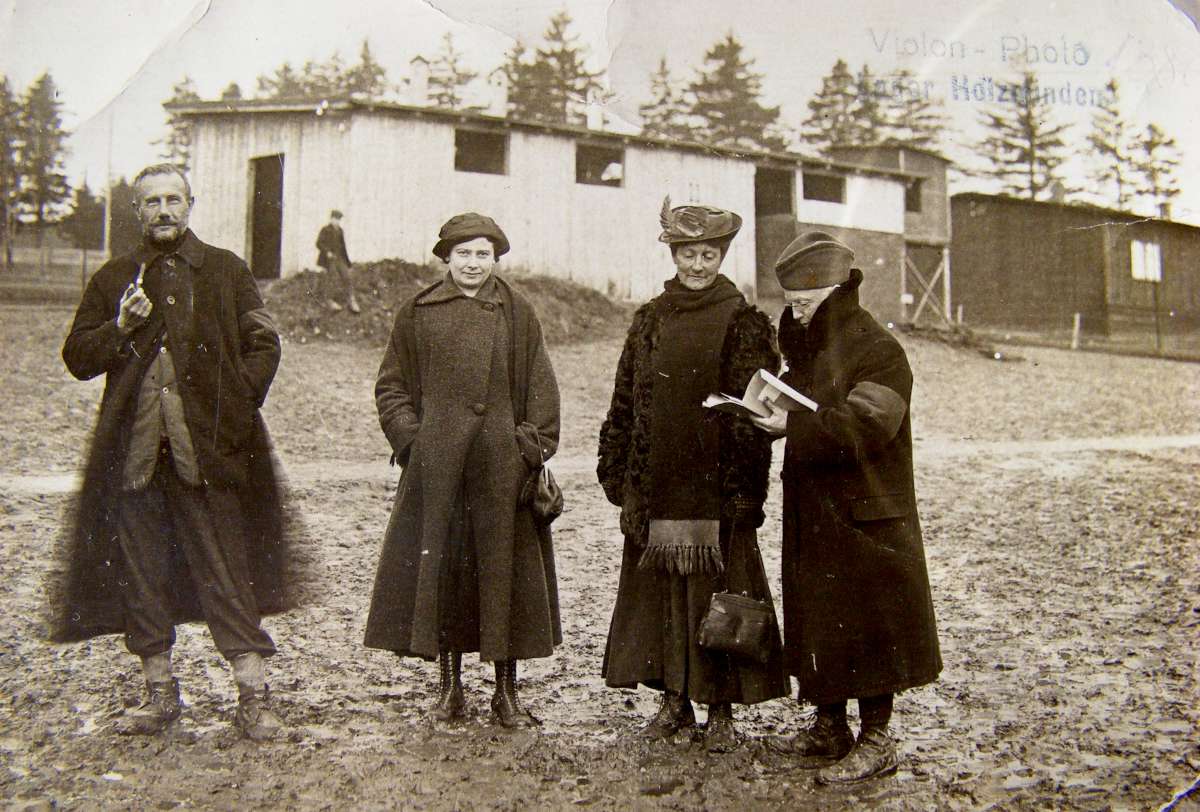 Poor Gaston has not been left in peace for long. Herbesthal is on the border between Belgium and Germany. Station cafés are never the most appetising of places and this one is no exception. The war is dragging on and food is becoming scarce on both sides of the conflict.

All those mentioned in this chapter are real people. Marguerite Brasseur was an invented character until I discovered from Dr Carlier's diary that Gaston really did have a female hostage companion taken from Bavay.  There is even a photograph of her holding a large umbrella taken by the 'Studio Violon'. Her nickname, la Doyenne, was also fictional, but I found out that it was a name from the area too. All very strange.

This is very accurate indeed thanks to Dr Carlier. These hostages were taken in reprisal for those emprisoned by Allied forces in Alsace. Conditions of travel are not described in any great detail in Carlier's diary - he probably drew a veil over them - so I have added those from my knowledge of trains of the period and their lack of facilities on board (toilets were at the stations, not in the carriages).