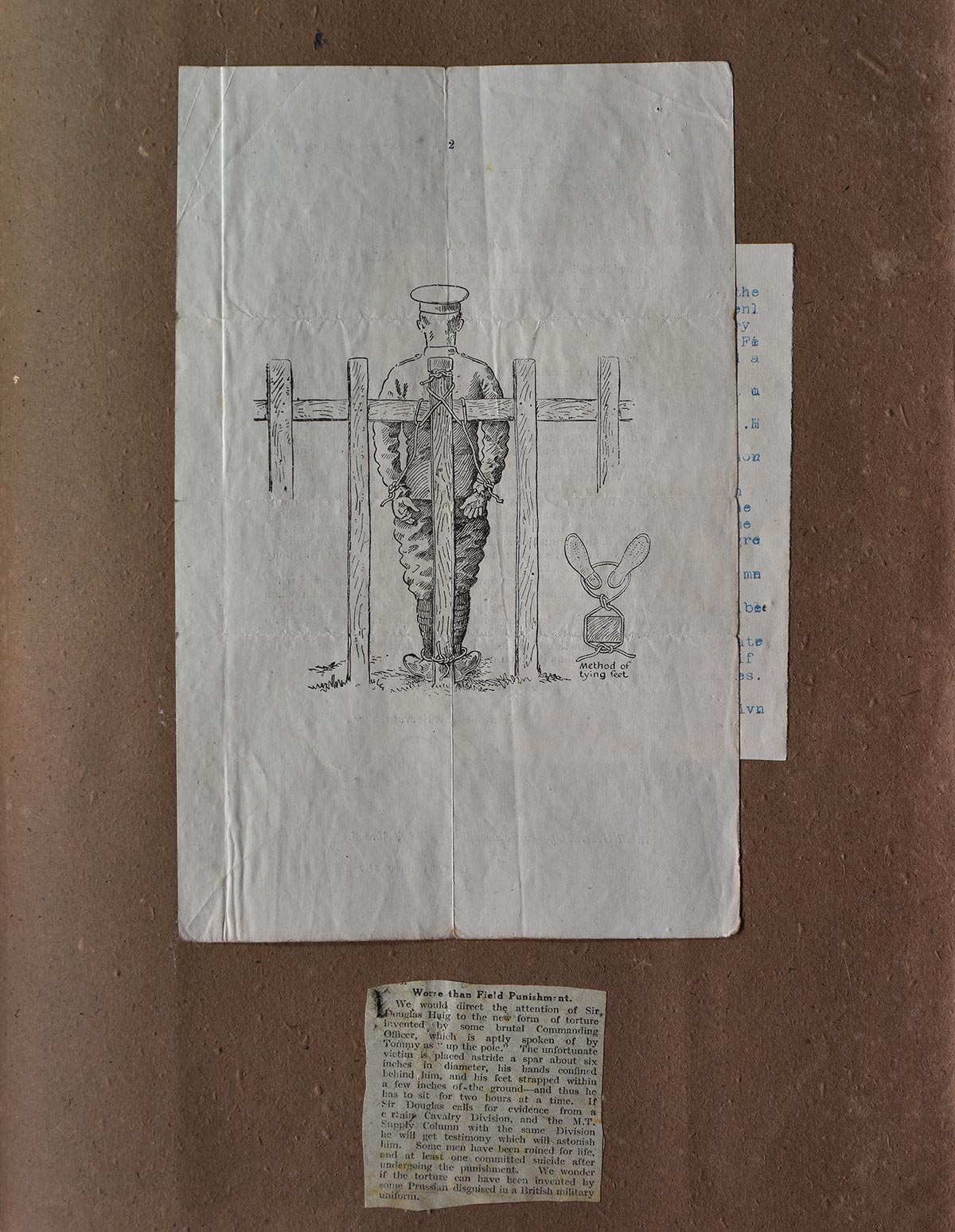 This picture shows an instruction drawing on how to tie a man up for Field Punishment No. 1, a frequent responsibility of an Assistant Provost Marshal. Tom has saved this rather than any other and I wonder why: was he horrified by it? Was it something he was to do so often that he wanted to keep a reminder? Or did he become rather good at it in the end?

Tom's regiment has finally been relieved and the scene opens with them sitting about, almost unable to speak. They have not been continually fighting, but they have been continually in harm's way - and that is what causes such immense fatigue and stress.

The brewery bathing scene is fictional but bathing and cleanliness are very important to Sikhs, which must have made life in the trenches even harder.

We have encountered most of these characters before but 'Nugget' Nougier deserves a special mention. This little Frenchman (I know he is short from his photographs) I portray as a chef - most translators were chefs or priests, it seems - and his action here in finding the wherewithal for the Sikhs to bathe renders him almost super-human in their eyes thereafter.

The ghastly discovery that Tom (thanks to the intervention of 'Tabasco Jim' at the instigation of Lochdubh) is to become an Assistant Provost Marshal did take place at this time. Tom writes of how hard Tubby Bell and Lt Col. Browne tried to save him, but it was to no avail. General Barrow, whom Tom describes as a decent man, had replaced the fiery Brigadier James but it was too late - he could not countermand a retrospective order.

Tom's legal background would in any case have made him a prime candidate for the role, so it may have been only a matter of time.