Chapter 12. Regimental Manoeuvres in the Dark 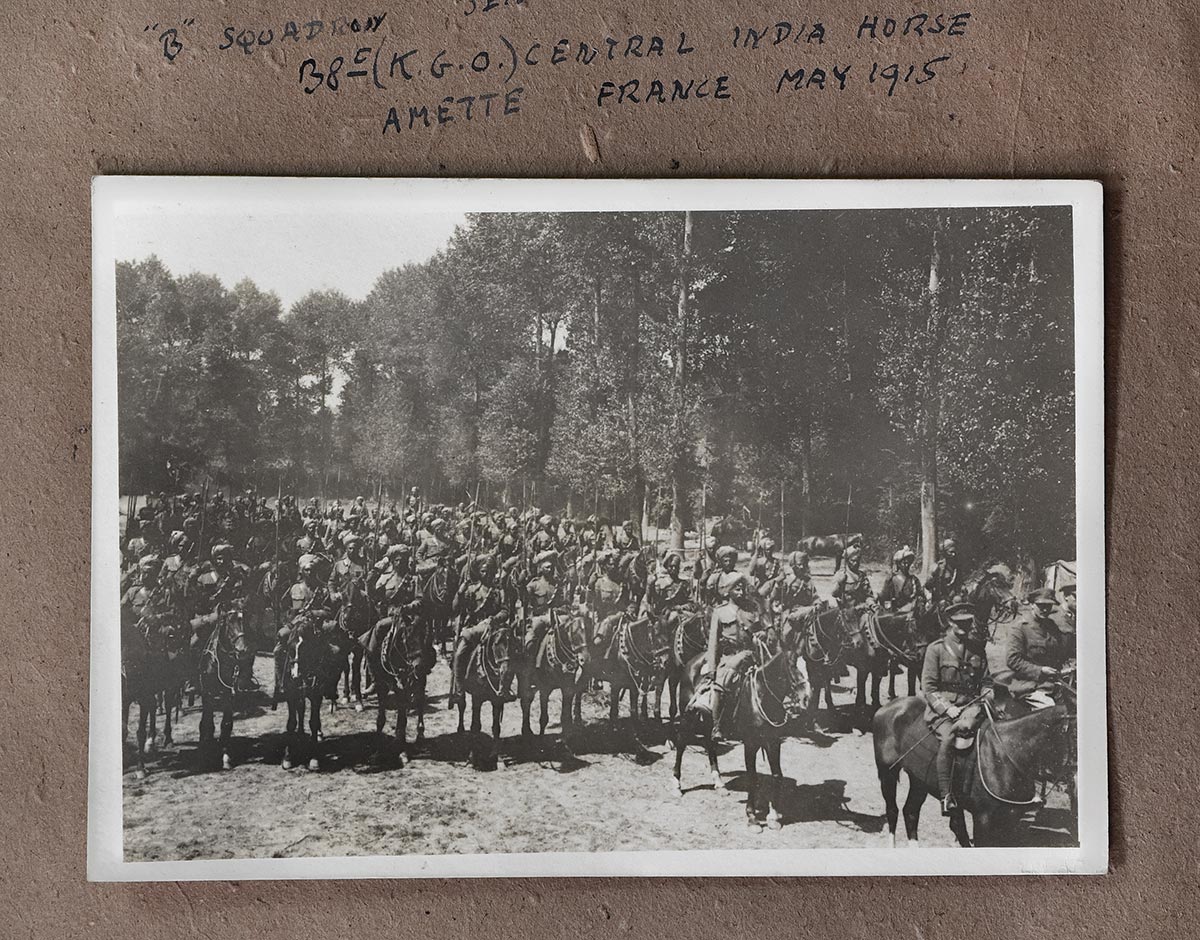 You can tell from the faces that this image was taken early on in the way, probably when there was an important inspection in early 1915 and Tom's squadron was the leading squadron for the whole brigade. There is a kind of swagger about the way the men are sitting their mounts, Tom (front right) included, which vanished by the end of the war.

I have not yet been to Therouanne, although I hope to go soon. GoogleEarth is such a blessing! It would have been selected for watermeadow grazing for all the horses. It is a pity that there are not more French records of the impact of the Indian Army's arrival in the area and I am hoping that the issuing of the French edition of Major Tom's War will bring some to light.

We meet a mass of new faces in this chapter, reflecting Tom's own experience: the great Sikh Risaldar Major Amar Singh, 'Hutch' Hutchison, Reggie Durand again, the hapless Goodfellow, Tubby Bell and James Gourlie. The informal 'team shot' of Tom and his regimental colleagues shows almost all of these and Tom has separate photographs taken with Amar Singh and Harnam Singh . Most of these would have been taken during the early war when the cavalry was being held in reserve for, but never deployed at, the battle of Neuve Chapelle. The jolly photographs tail off rapidly as the true nature of the war reveals itself.

Goodfellow does look a bit of a fool in his loongi.

We also encounter Lochdubh, Aide-de-Camp to the fiery Brigadier James. Such roles were often reserved for 'high-born' officers: there was a kind of caste system at play within the British troops.

The night march to Amettes of the gallant Mhow Brigade is told rather more soberly in the regimental history but this hilarious account of Tom's which I recount almost verbatim has the ring of truth to it.

The villagers of Amettes are documented as having sewn chemical pads into the ends of the men's turbans to offer some kind of primitive protection from gas.