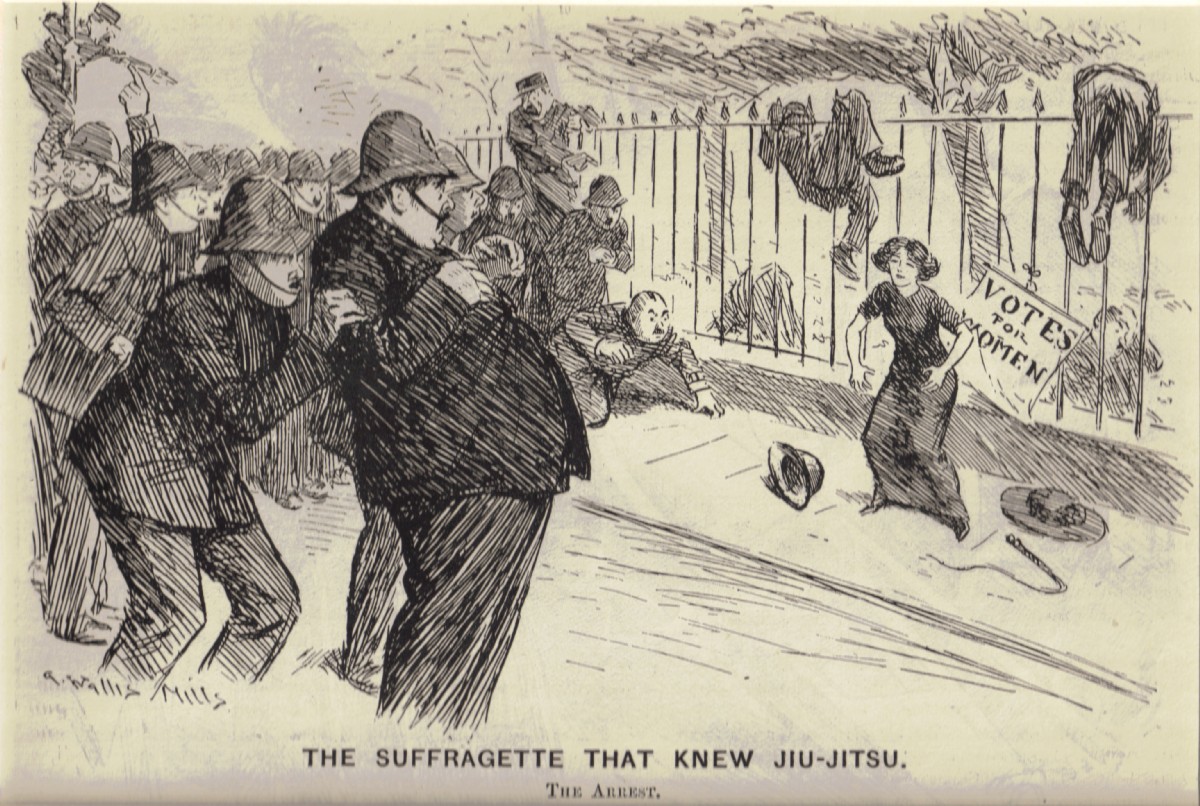 There are very few pictures of Evie as a young woman. This cartoon (sourced from Wikepedia Commons) seems to me to sum up something of the combination of fear and exhilaration and ridiculousness of the day.

By the time of this chapter, the Winnington-Ingram family have been moved by the Diocese away from the tragedy and draughts of Bewdley to a new parish at Ross-on-Wye.

On a visit to London in June I inadvertently retraced Evie's steps on the Mud March across Hyde Park, passing as I did so the Cavalry Memorial to which she and Tom would be invited after the war - the invitations form part of the archive.

The train journey and the stations are as accurate as I can tell for the time.

Here we meet Mary in her own right - vibrant and funny. There is just one photograph of Mary that I have found, taken on her wedding day, beaming alongside Tom. Evie is the soberer of the two friends - her childhood has been more austere than that of the Lawson children.

We meet Maud too, exasperated rather than really cross, and horribly conscious of the risk of such a march in terms of the family' standing.

The other characters in this chapter are all entirely fictional. The encounter with ghastly Mr Snodgrass helps me get across that Evie was not at this stage in her life keen to marry anyone if she could help it.  Poor John Armitage foreshadows the next time we meet him, badly injured, as one of Evie's wartime casualties.

Family legend has it that Evie marched on the first suffragette march in London, someone heaved a stone at her and so she decided it was perhaps not for her. More than that we do not know, but I cannot imagine that suffragette marches would have been universally popular within the family, hence Maud's disapproval.