Chapter 30 Over the Top 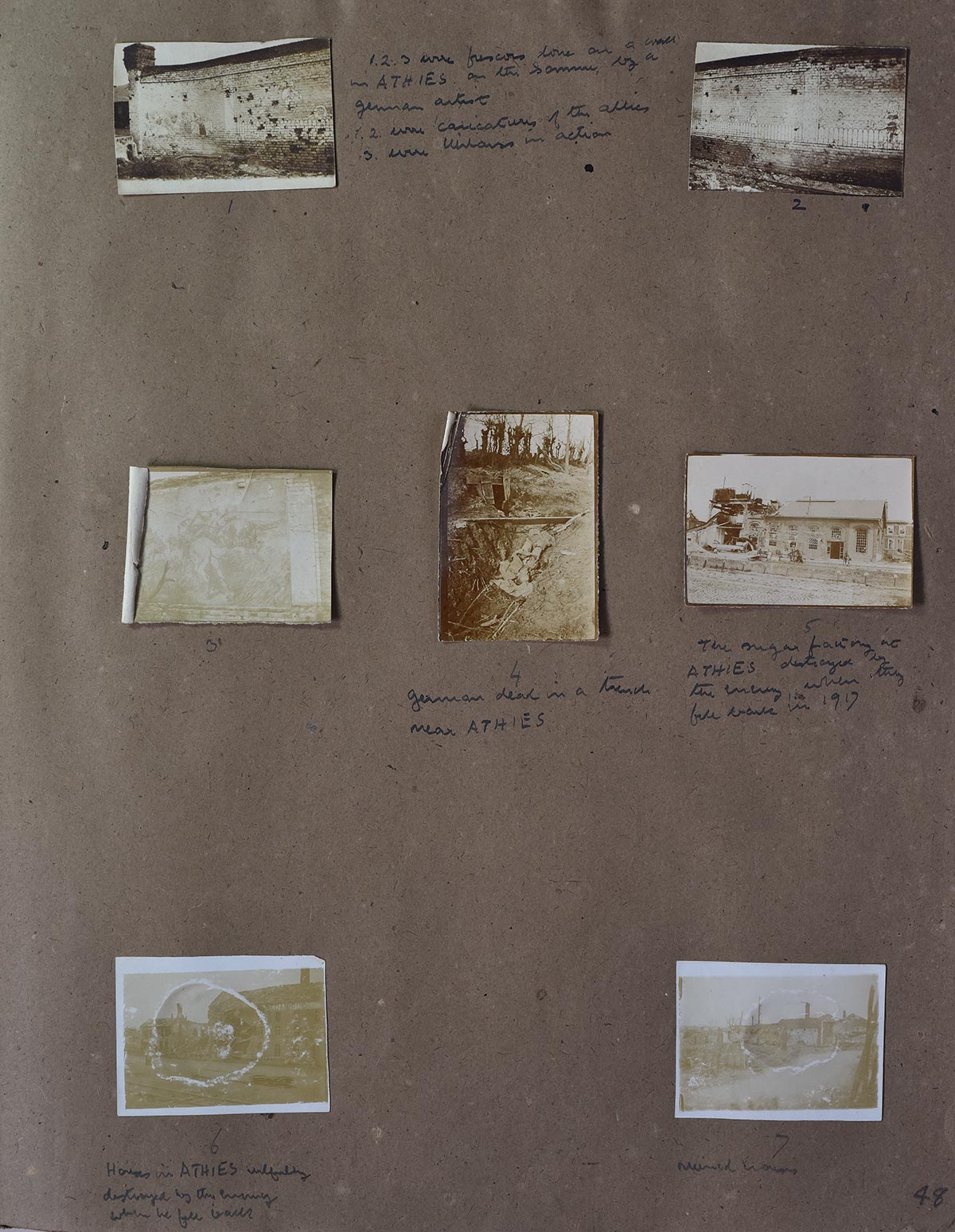 A ditch containing German dead surrounded by a destroyed village at Athies. I wonder why Tom kept this image and no other. Did he have something to do with these deaths perhaps, and feel not that he wished to remember, but that he should?

Tom records this action at Hargicourt as a futile one.

All those mentioned are real, including Rawdon MacNabb, with Lochdubh added to the mix in order to hasten the tragedy. It is almost invitable that with Tom out of the picture, Reggie should come to grief, and so he does.

Reggie and Dickie Cameron who also features in this chapter both lie buried at Tincourt cemetery.  When I went to find them there early in 2018 I walked straight to where Reggie was buried, his one grave among over 2000, and stood there weeping and telling him I was sorry: not my words, not my tears. As far as I know Tom never went back in his lifetime. Perhaps now he has.

By this stage of the war I feel that many of those in command had started to lose a grip on what was reality. It feels entirely natural here for Lochdubh to exaggerate the number of dead in the raid he helped to lead.

Tom barely describes Reggie's death other than by describing it futility, but every photograph of Reggie in the diary is annotated with the date of his death. It was this which gave me the idea that Reggie must have died when Tom was not there.

A surprisingly honest and detailed account of this calamitous action is to be found in the regimental history and I have used that as the backbone of this chapter. The shock of it rings down the decades through its pages still. These were good fighting men and death was not the norm for them.