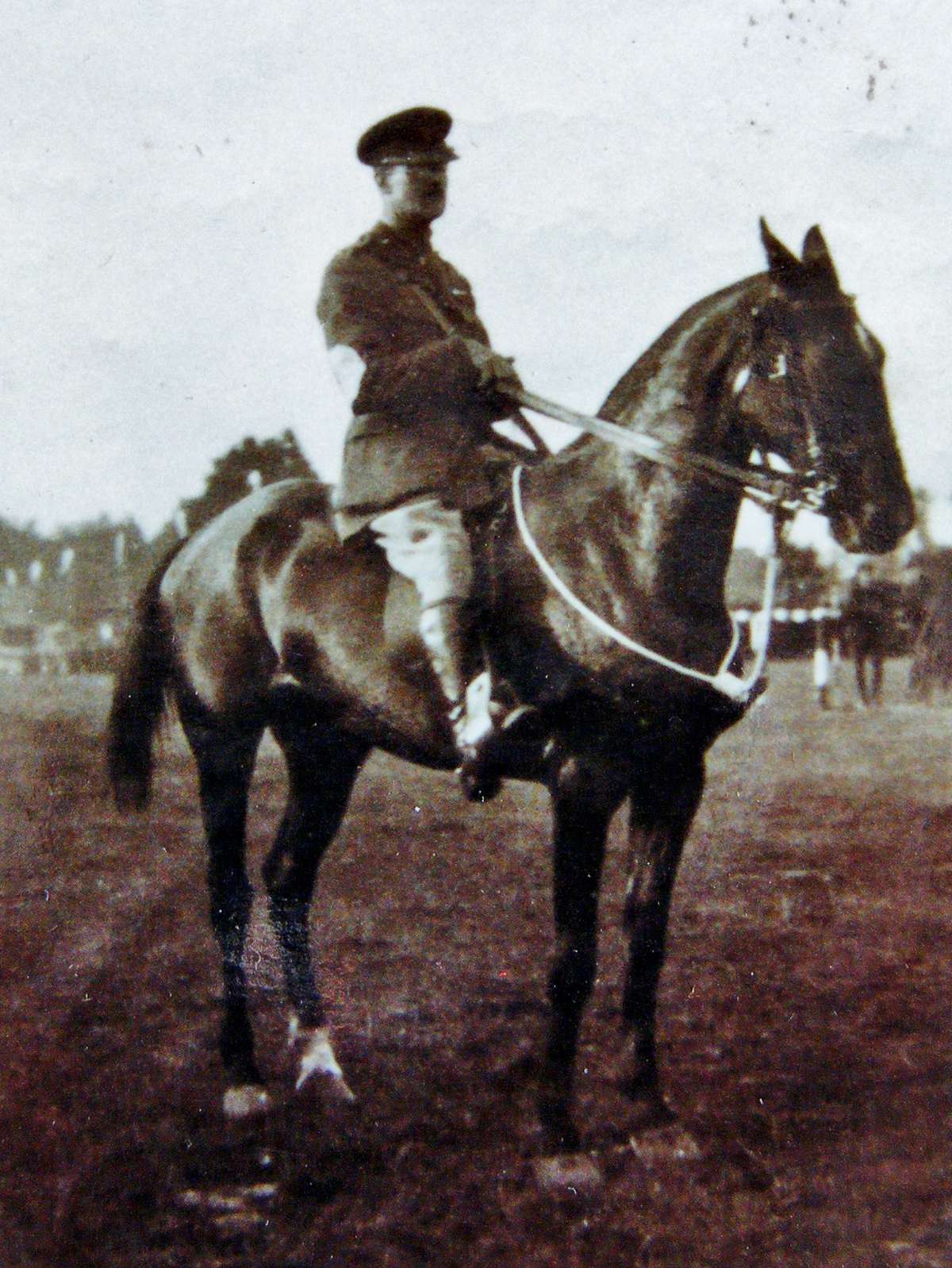 A photograph of Tom mounted on Daisy - you can tell it is Daisy rather than Golden Rod as she has a distinctive Roman nose - and it is Daisy whom Tom is riding on the cover image of the First Edition of Major Tom's War too.

I am deliberately vague about the port of embarcation in this chapter as I do not know it, in spite of considerable burrowing. Some have mentioned Bristol as a possibility but it seems an awfully long way round from there to Saint-Valéry-sur-Somme. If you know the answer to this conundrum, let me know!

We meet Lochdubh as an adult here for the first time and he has turned into the kind of boorish male one might have expected.  Matheson has stuck with his Laird as his valet. It was common for officers to have a servant.

Tom also, in retrospect, first encounters Reggie Durand in this chapter.  Reginald Heber Marion Durand really was Tom's close friend during the conflict. The Heber-Percys and the Durands were both venerable families with a strong military pedigree and connections to India.

Many of the book's horses are introduced in this chapter: Satan, based on a really nasty stallion which once bit me; Golden Rod, Tom's gentle gelding and hunter; Champa, abandoned to her fate in India; and joker Daisy, who by rights should have been sold in India, but who has has usurped Champa's place in a last-minute illogical decision of Tom's. Tom refers to both horses as his chargers: Golden Rod his first and Daisy his second.  Many officers brought a charger and a hack, one for going short distances fast, the other for plodding along.

I have had to fictionalise the transport here. It is highly likely that any old vessel was commandeered and adapted for use as a cavalry troopship. They would have needed to be flat-bottomed with stalls or some kind of tethering rail at the very least. The tethering of horses in close proximity for comfort on board ships is documented and horses in the same field or stall do often nibble on each other's coats or manes.

The 'fishing fleet' incident on the ferry from India is fictional but many relationships were hatched (and engagements broken) by a pair of blue eyes and a charming smile on that long, dull journey.

Tom's uneasiness with his newly-demoted rank is apparent here for the first time.