Chapter 7. Just Another Day at the Office 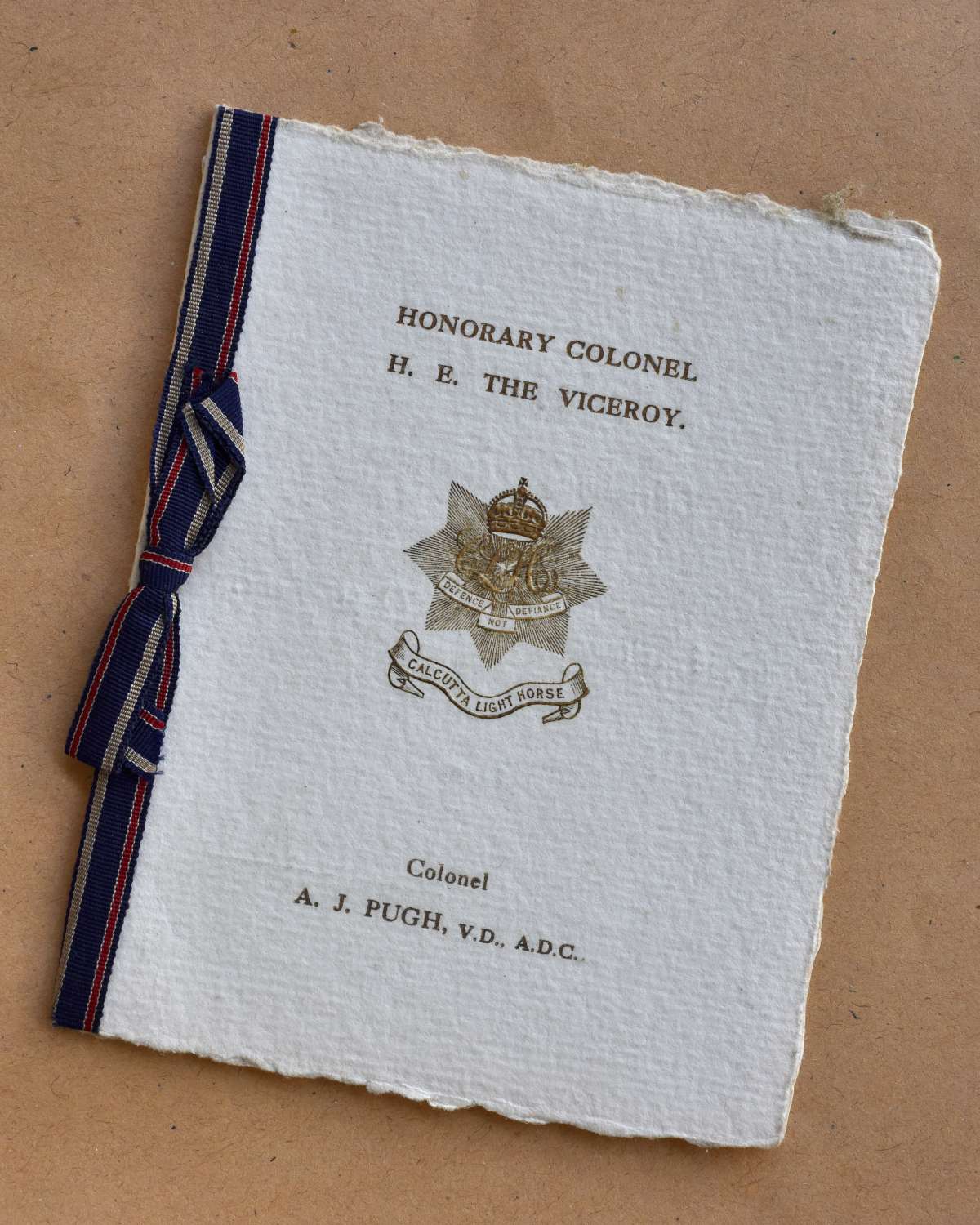 We have no pictures of the irascible Pugh or the office in which Tom worked, but he was wryly amused to receive this Christmas Card from a Calcutta Light Horse acquaintance a short time later which carried the man's name emblazoned on the front.

Old Post Office Street Calcutta still exists, according to Google Maps, and I should like to explore what remains of old Calcutta one day (and if I do, I will take more photos to post here).

I wanted to explore Tom's relationship with Devesh Bosu in this chapter. Superficially they are master and lowly office servant.  Both know differently, without it being expressed, because Tom is India-born and values the old man's advice. Devesh Bosu has know Tom a long time, since childhood. With no-one else present, he allows himself to speak much more freely and Tom listens to him as he would his own father - if his father had been worth listening to.

Here we re-encounter Devesh Bosu and realise the extent of his influence within and beyond Puanco. Tom wrote to P&O after the war and received confirmation of his passage on the Arabia, which survives within the Archive.

Hazlemere and Devesh are inventions of my own, but otherwise all the trains, boats and people are real.

There was real anxiety in India about Officers in particular leaving haphazardly for the Front. Page really was stopped. The mailboat to England was probably preferable to a troopship to Marseilles which is how the rest of the Indian Army crossed the Kala Pani, the Black Water.

I wrote an additional chapter late on which I thought could be inserted here from the point of view of Harnam Singh landing in Marseilles, but my editors thought, quite rightly, that it was one voice too many. This chapter can be read within these chapter notes.