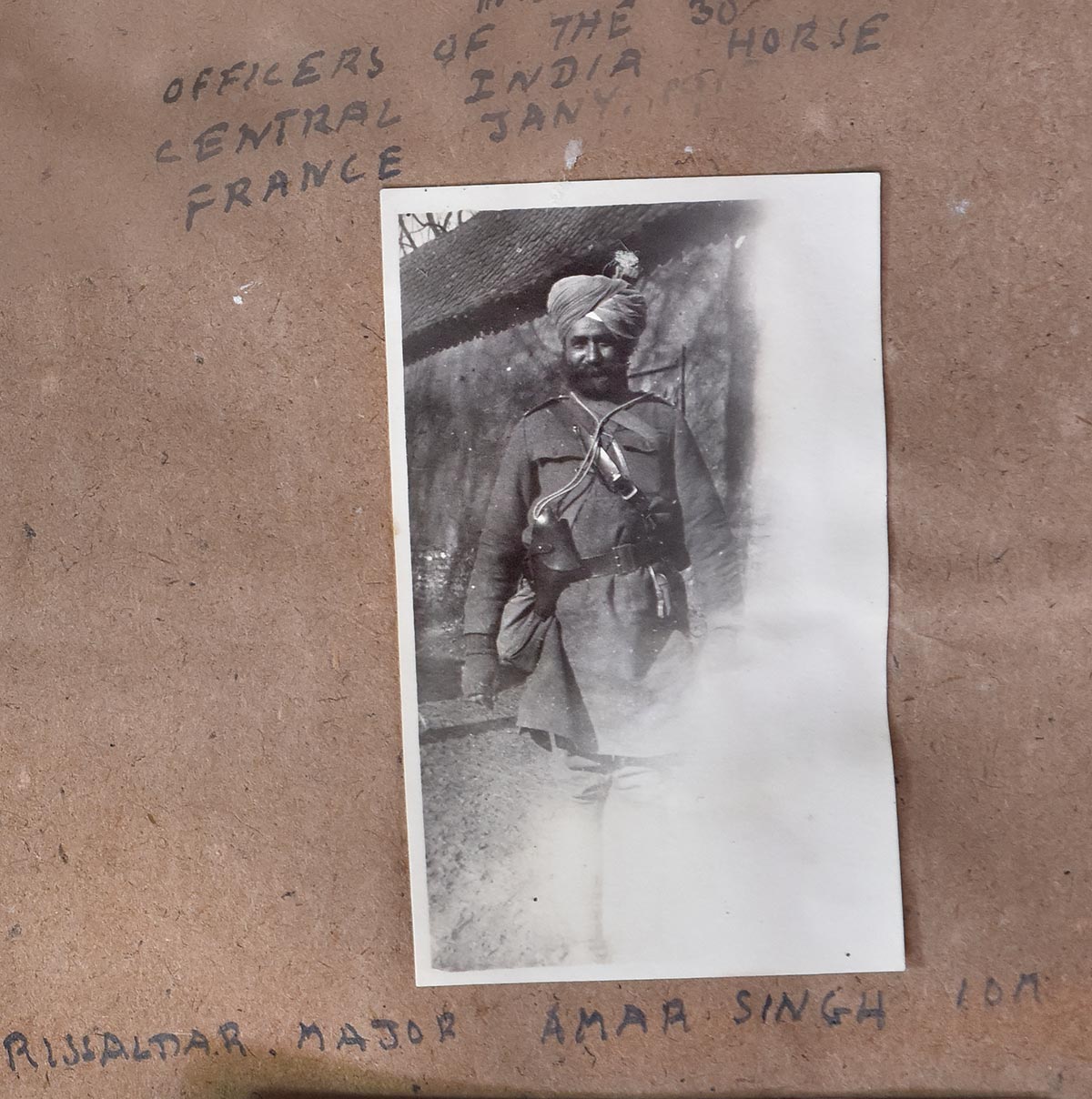 I love this cheerful picture of Risaldar Major Amar Singh, who survived the war and was deservedly granted the title of Bahadur.

Frevént is a real French town which I have not yet visited in person. Although I have made attempts to communicate with today's Mairie about the destruction of part of it courtesy of the Indian Army during WWI I have not had much success. The horse-shoe shaped gatehouse of the château nearby exists but I have no idea if it was used by the Town Major, although it would seem a sensible location to commandeer.

Many of the buildings of the time would have had reed thatch (chaume) or wooden pantiled roofs and so the fire would have spread easily.

No-one died but it must have caused immense hardship to the populace. Tom relates it as an amusing incident but this is also evidence of his becoming desensitised to the horror of war with people losing their homes, as must have happened here.

Lochdubh here assumes the mantle of a hapless, entirely innocent and anonymous Town Major whom Tom encounters again long after the fire. He pins him to a wall and starts shouting about how Tom's 'precious Sikhs' nearly cost him his job. Amar Singh was deliberately vague, it seems; while Tom was quite capable of turning a blind eye to what his men might get up to and may not have been quite as unaware of what had gone on as he led him to assume.

I have left Harnam's Singh's fate without a chapter in its own right, a tough decision, as the incident merits one. This was partly because of chapter 9B, the one we opted in the end not to publish, which I felt communicated something of Harnam Singh's serenity and state of mind in the trenches. He died to save Reggie Durand's skin which would I think have been enough to satisfy his sense of duty. It makes the bitter aftermath of the war after such loyal service even harder to bear.

This chapter is almost entirely true, although I cannot be certain that Harnam Singh's demise had anything to do with Reggie Durand. I think it extremely likely however that in Tom's absence he would have transferred his guard duty to the young lieutenant Tom had befriended.