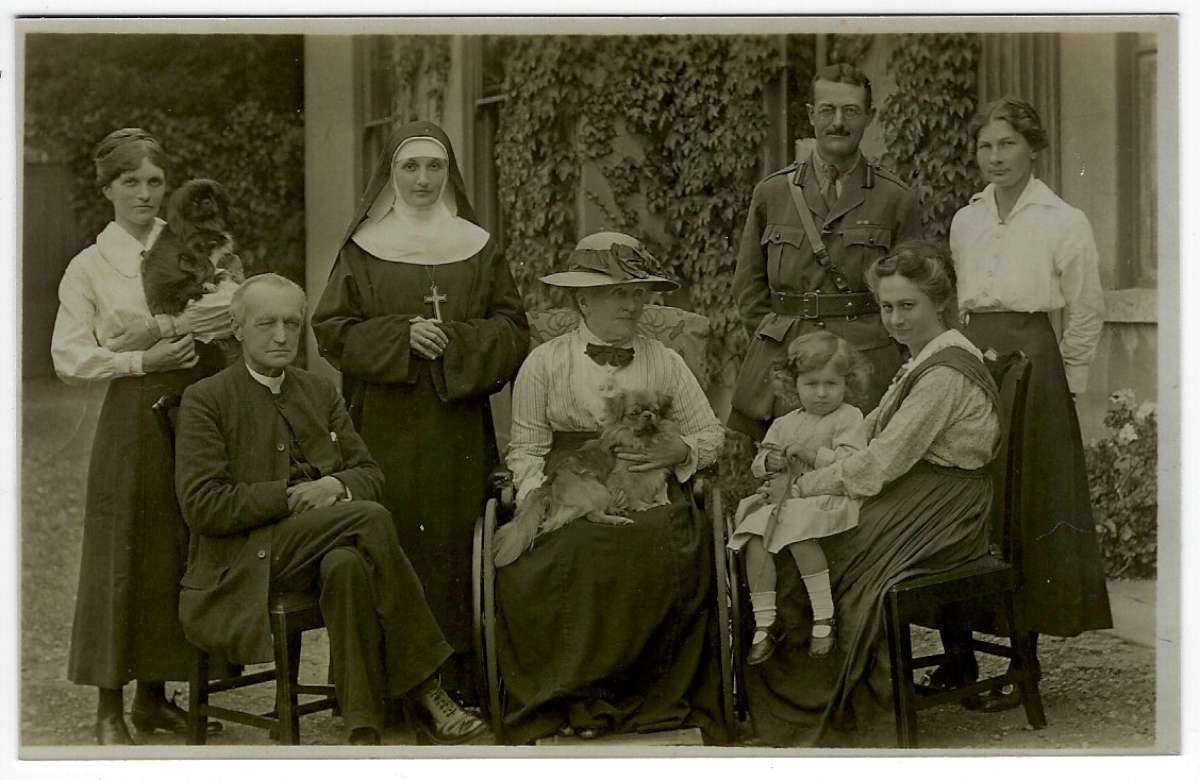 We have no pictures of Tom and Evie's wedding day, either because it was a quick wedding in London (see below) or because they were contained within a family album left behind propping a door open when my mother finally walked out on my father in 1968. As he would have binned it, we will never know. Instead, this delightfully awkward-feeling photograph of the Lawsons with Tom and Evie will have to do.

Too late to change this chapter, I found out that Tom and Evie may have been married at St Martins in the Fields Church in London, which would have meant it was a quick wartime marriage ceremony.  This is purely based on a document on Ancestry.com which simply says 'St Martins' - so may be wrong.

In any case within the novel, I badly wanted Evie to be married in Ross-on-Wye under the tall spire of Saint Marys. Without that, we could not have the difficult wedding reception and final encounters with some of Evie's odd family.

Miss Bunce is fictional, but someone did give Tom and Evie a steroscope, still owned by my nephew Tom, his namesake.  All the other characters are real.

I have no way of knowing whether Evie really did get seriously cold feet on her wedding day but I think she probably did, because I did a bit, and that was in the liberated 1980s!

All the wedding presents are authentic, down to Etty's little pyrex dish and the canteen of silver fish knives and forks, which I use regularly.

I know from my mother that Tom had bad reactions to crowds and so his response to the stereoscope image may not be that far-fetched.