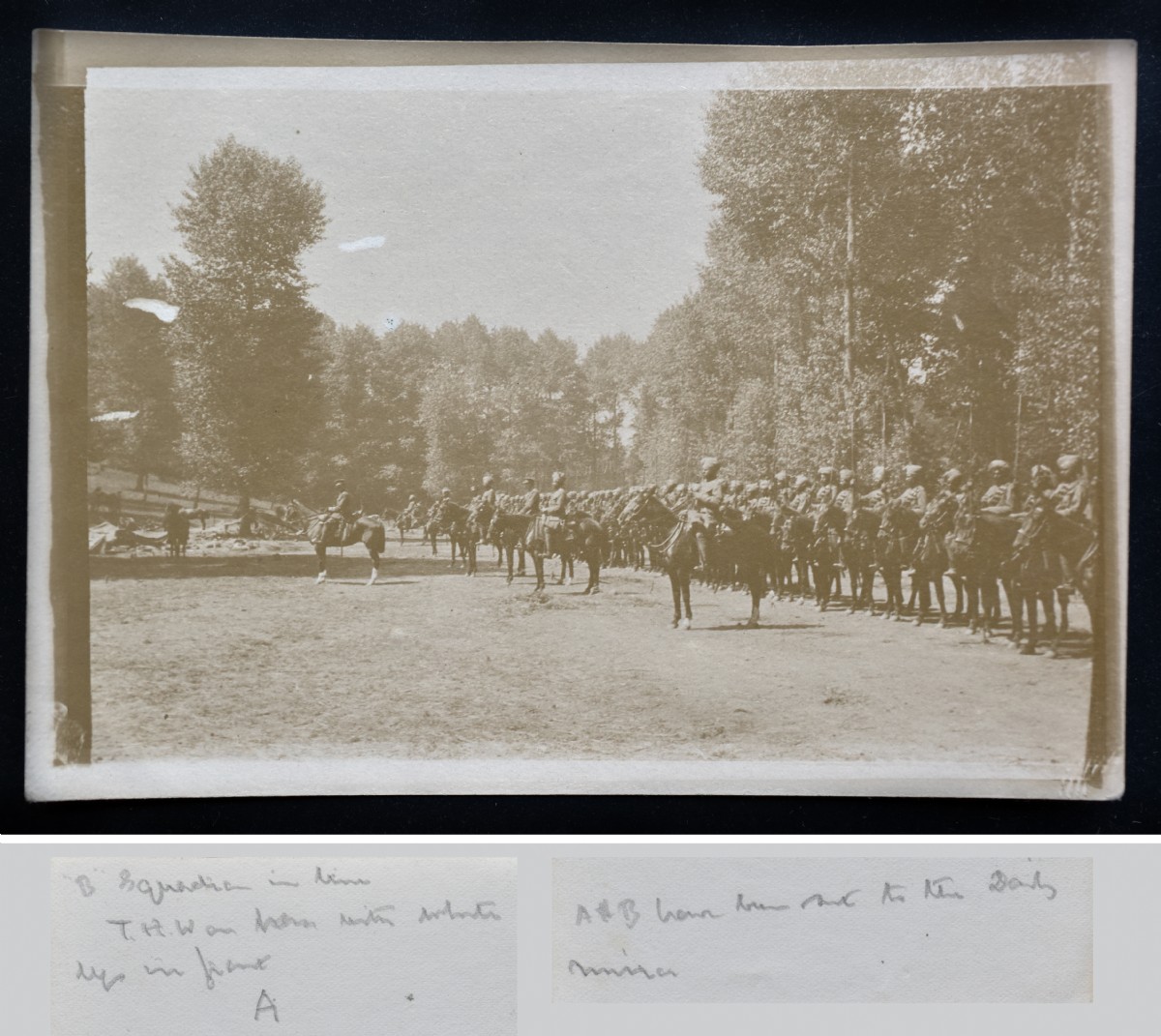 Tom's diary does not have any images of human remains other than a small one, showing German dead in a trench, surrounded by other small images of a destroyed world. There are very few images generally showing executions - there is one in the Musee de l'Armee in Paris which has clearly been taken through a hedge. It would not have been a scene anyone would have wished to record on camera, and yet it was something men of the regiment the victim had belonged to would be obliged to form the firing-squad or simply line up and watch.

This image was taken earlier in the war and on a happier occasion.

Yadram Singh's place of execution is clearly described and located by Tom.

All those who attended the execution are as documented by Tom as are some but not all of the members of the court martial (it seemed appropriate to have Griffin there).

Griffin's attempt to convert the Hindu prisoner on the last night of his life is sadly true. My reading of the nature of Yadram Singh's crime is entirely based on the word abuse. There was sexual abuse on the Front - where there are many men without women enduring appalling hardship there is bound to be - but equally this could have been some other perceived form of injustice at the hands of Yadram's Woordi-Major. Tom writes that he was goaded to the limits of endurance. It would have had to have been a terrible act for Yadram to murder his victim, and then, moments before his death, to exhort others to shoot themselves rather than endure what he had had to.

My family went through a period where revisionist historians seemed keen to demonise those responsible for upholding martial law and Tom among them. Certain sections of the diary are held within the Imperial War Museum but fortunately require our consent prior to their use. Tom did his best to carry out his orders in a humane fashion and the consequences of his actions affected him deeply. If he had refused to carry out the order of the court martial, he too would have been liable to trial and execution.