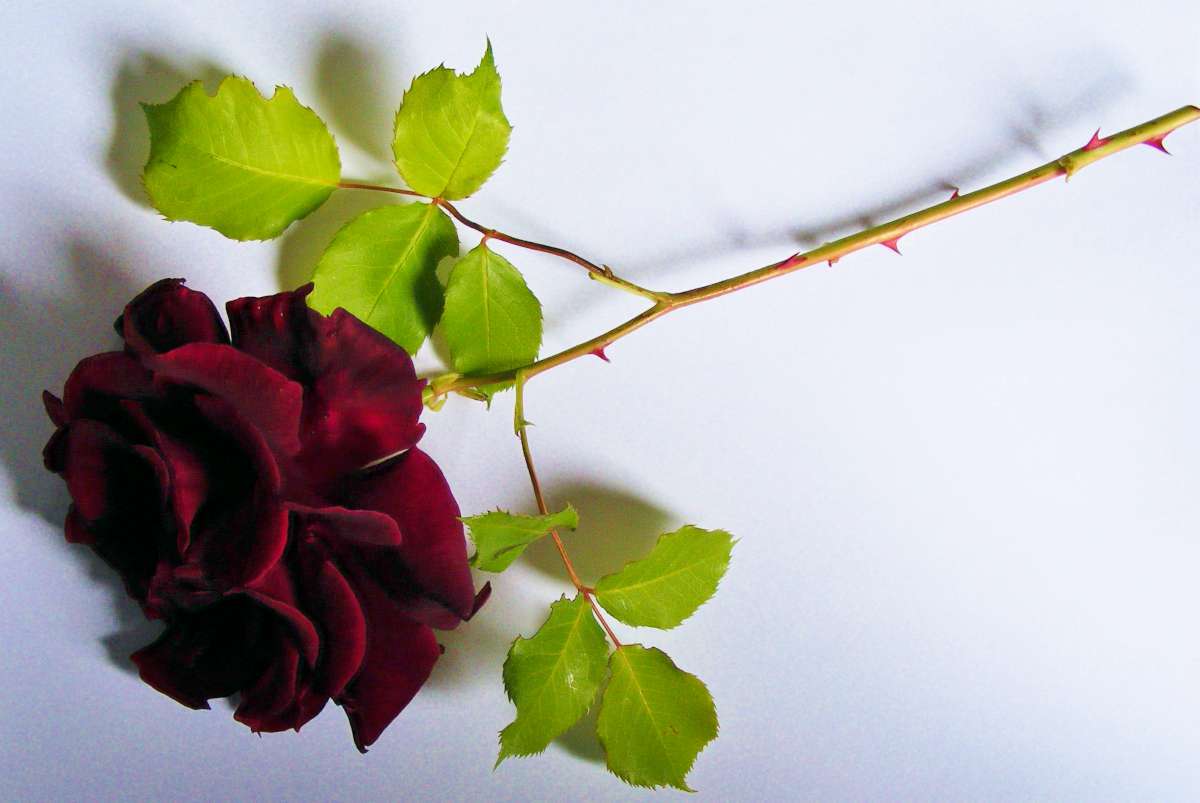 This is an old French rose called Guinée, bred sometime around the Second World War, so the roses which Harnam Singh gathers must have been from one of the varieties used to create it. Guinée has hooked itself firmly into my subconscious by its sharp red thorns and you will see that roses pop up throughout the book, and even feature on its cover.

Vermelles is well described by Tom and yes, they really did use London buses, daubed with what must have been one of the earliest uses of camouflage paint, to ferry troops to and from the line. This baptism of fire chapter aims to get across the unassuming mining communities which are a feature of this part of France.

For those who have not read the bonus chapter, Breathing Fire and Ice, which did not make the final book, this is the first time we encounter Harnam Singh. The photographs of Harnam Singh are faded but he is clearly a gentle giant of a man who, for whatever reason, decides his duty is to protect Tom. Why choose Tom? Well, he is clearly someone who shows great respect for the men and will not have them taking unnecessary risks, unlike many 'death or glory' types present on the Front. Tom is older than many too, in his late thirties. Many including Harnam Singh may remember his former prowess on the polo field. And he speaks their languages well.

I have singled out an anonymous fictional victim here to add intimacy to the baptism of fire, but the reference to the Munsters is accurate and documented.

Tom's elderly landlady is real, as is his Cockney groom, Moore.

It was important at some point to describe the nature and variety of the heavy artillery bombardment endured by those who fought on the Front, hence the pipsqueaks and coalboxes roaring overhead. Also the technology: Tom is seeing aeroplanes for the first time and viewing them through a field telescope which I still have.

Moore's comment about the literally lousy billet is verbatim.  I was constantly scratching my head while writing this chapter!

The roses are a fictional addition which adds colour, fragrance and symbolism here. I love roses and grow many in my garden. The rose I have in mind here specifically is an old French rose called Guinee, bred in the 1940s, so the roses picked by Harnam Singh would be from its parent plant, whatever is was. It is the closest to a black-red rose you can find and its petals, when shed, look like droplets of congealing blood. Roses occur metaphorically at intervals throughout the book.  I wanted to contrast the innocence of the gathering of the roses with the carnage among the Munsters.

The carrying away of kitchen chairs and Tom's exasperation with Harnam Singh's deference are however quite genuine.

We also have the first nod towards wartime sexuality here with the mention of 'obliging' women and Tom's faux pas while washing all his clothes is documented.