Chapter 28. Booty is in the Eye of the Beholder 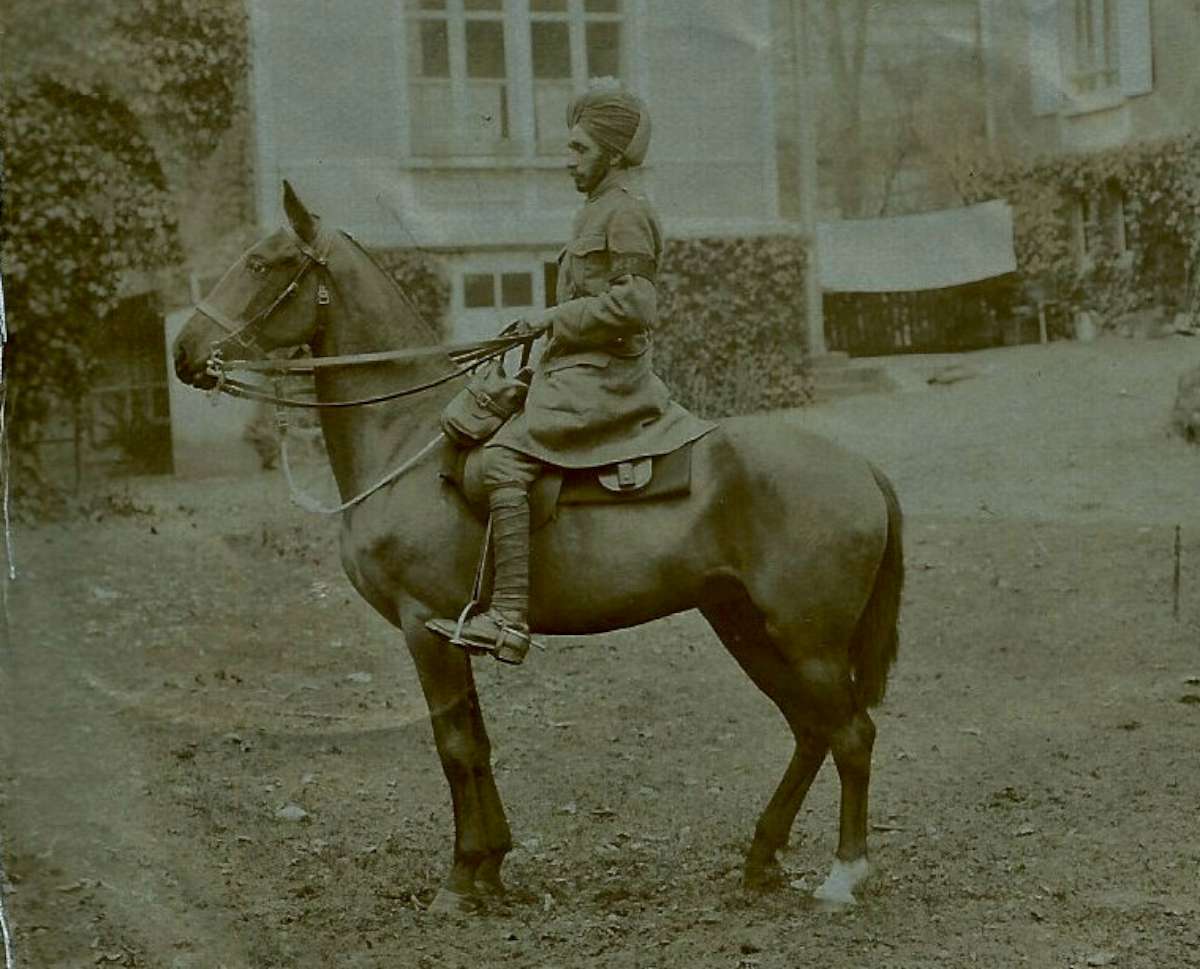 This fabulous picture of Arjan Singh on Daisy is the one used for the horse on the cover of Major Tom's War.  Taken Christmas 1915.

Tom is back in the trenches to process captives taken 'hot from the grid' - such a modern-sounding term for the time and yet verbatim. We do not know precisely how, where or when Tom was gassed.

Arjan Singh is real, as are most of the characters in this chapter, although one has been renamed.

The incident with the watches is almost verbatim and Tom really does return them to their rightful owners after the dodgy Pathan N.C.O. had 'acquired' them.

There is an oddity about the war diary and that is that nowhere in it does it mention that Tom was gassed, although my mother always spoke of it as fact. He was definitely badly enough injured to be returned to Ross-on-Wye to convalesce.  I have made the incident an opportunity to introduce the horrors of mustard gas (as if chlorine gas were not bad enough). Arjan Singh is nominated for a D.C.M. after the conflict and I have made him Tom's rescuer. Tom's impressions of the aftermath of being gassed I have picked up from other accounts of the disorientation and shock.