Chapter 25 Blighty is the Place for Me 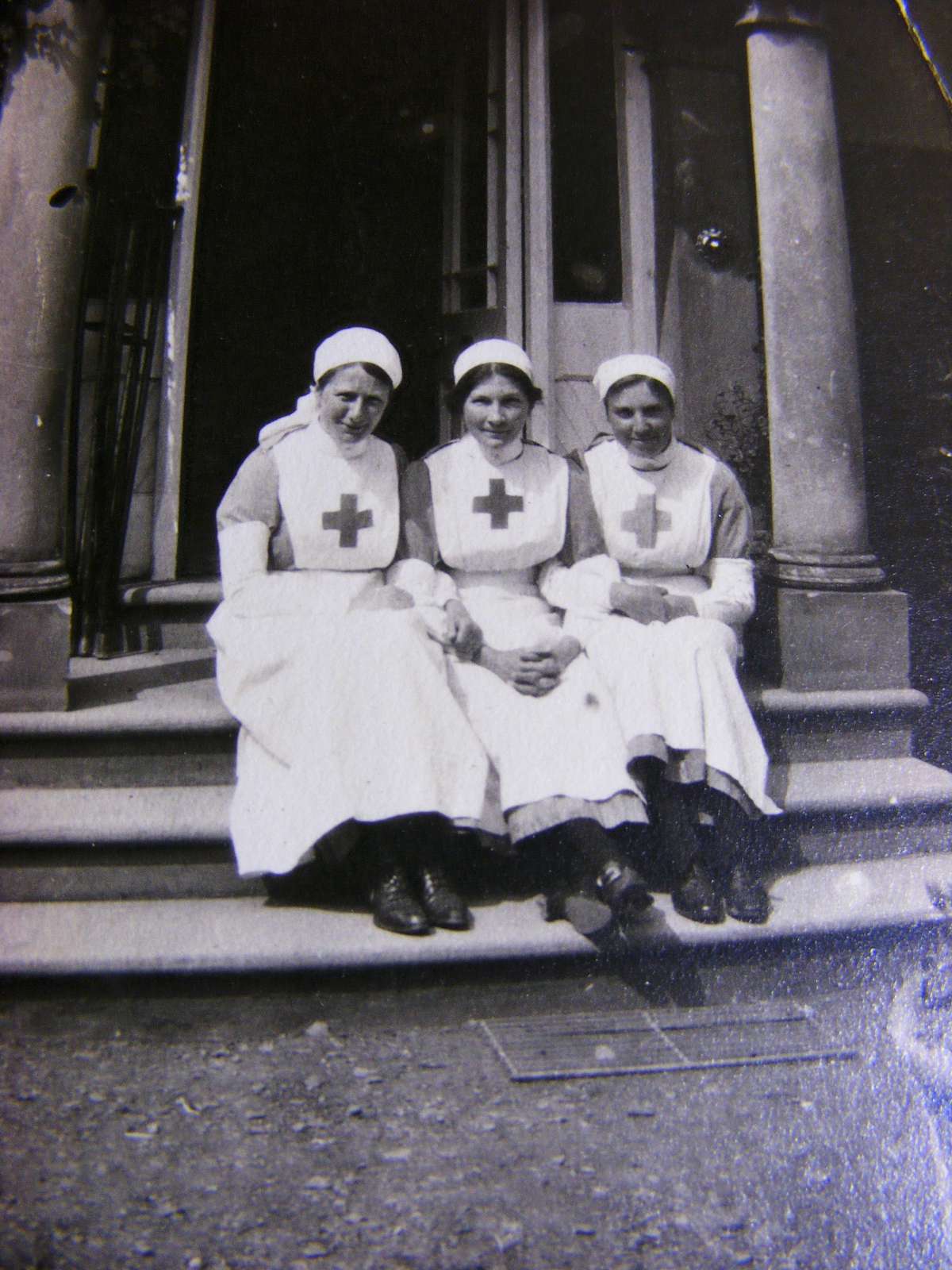 From left to right Puff, Evie and Consie, sitting on the steps of either Caradoc Villas or Westfield.

Ross-on-Wye, presumably Caradoc Villas or Westfield. Perhaps this distinctive portico and steps still exist and the location can be pinpointed one day.

An internal monologue chapter for Evie as the letters and family pressures start to crowd in on her.

I found writing about Evie's feelings the hardest thing in the book, harder than Lochdubh, Gaston or Tom, because she leaves so little. I do however have a tiny diary she wrote while at college that does at least reveal that she was capable of great passion - and could often feel frustrated. I cannot believe that she corresponded with Tom as assiduously as he corresponded with her. She would not have had the leisure to do so and in rejecting his proposal clearly shows that she finds his advances unsettling to say the least.