Chapter 8. All Her Own 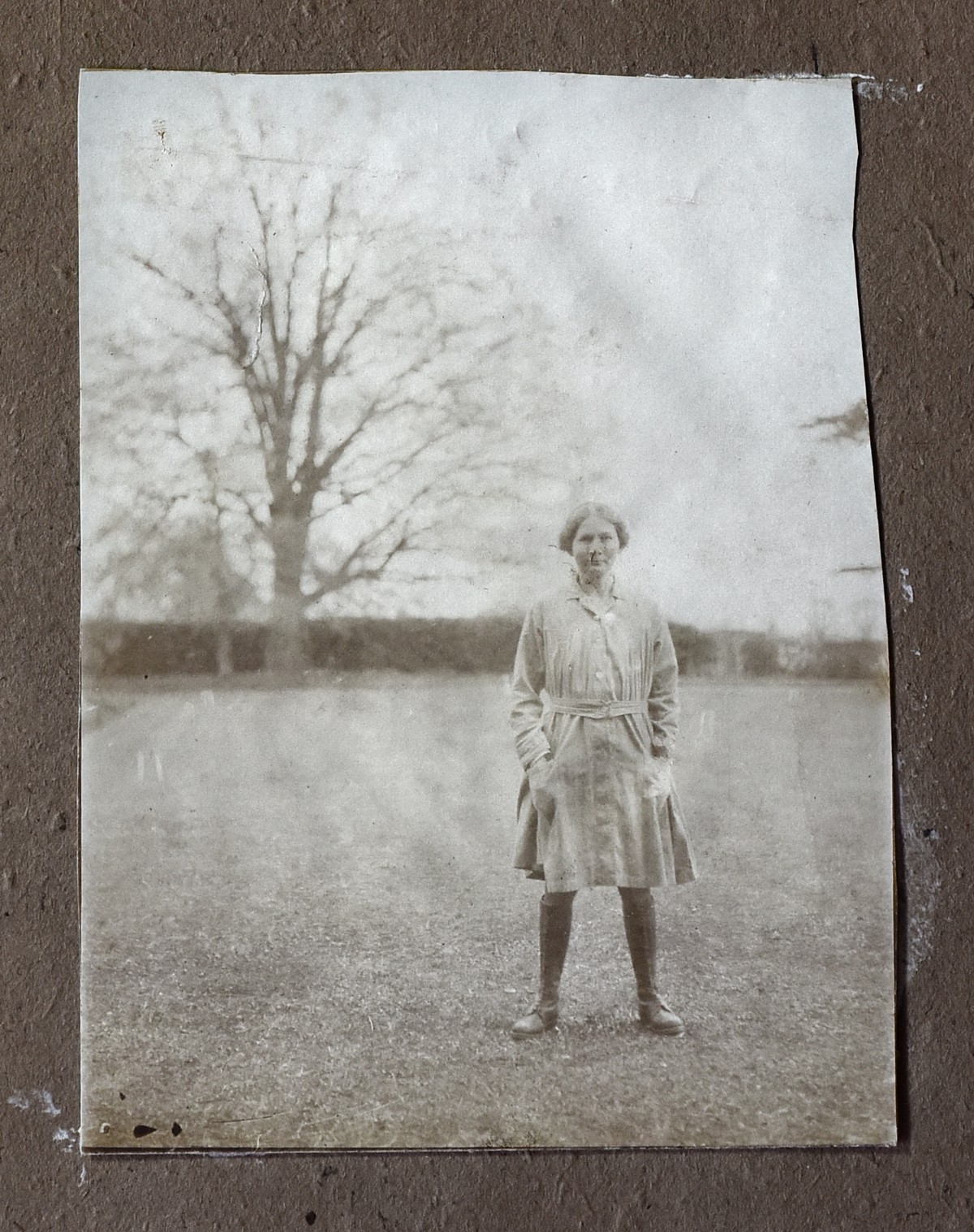 I love this image of Evie although judging by the hemline it may have been taken a little later in the war than this. There she is, standing like a man, legs apart, neither very young nor very lovely, but with a clever and interesting face. In the book I have her struggling to work out who she is: she is musical rather than academic, like Maud and Etty, but she also enjoys being out-of-doors. The war provides her with an opportunity to do something different from the third-daughter looking-after-father role to which she might otherwise have been doomed.

The family has moved from Ross-on-Wye itself to the smaller parish of Bridstow near the town, a reflection of Edward's increasing diocesan responsibilities - he rises to be the Arch-Deacon of Hereford but never to the Bishopric enjoyed by his brother Arthur, Bishop of London.  Bridstow would also have been more suitable for him in retirement.

How must Evie have felt at the outbreak of war? She was 31 at a time when the average age of marriage was ten years younger. She came from a staunch Church family but was intelligent enough to see beyond the lip-service of religion. There must have been fear but there must also have been gratitude for a new opportunity.