Chapter 31 A Question and an Answer 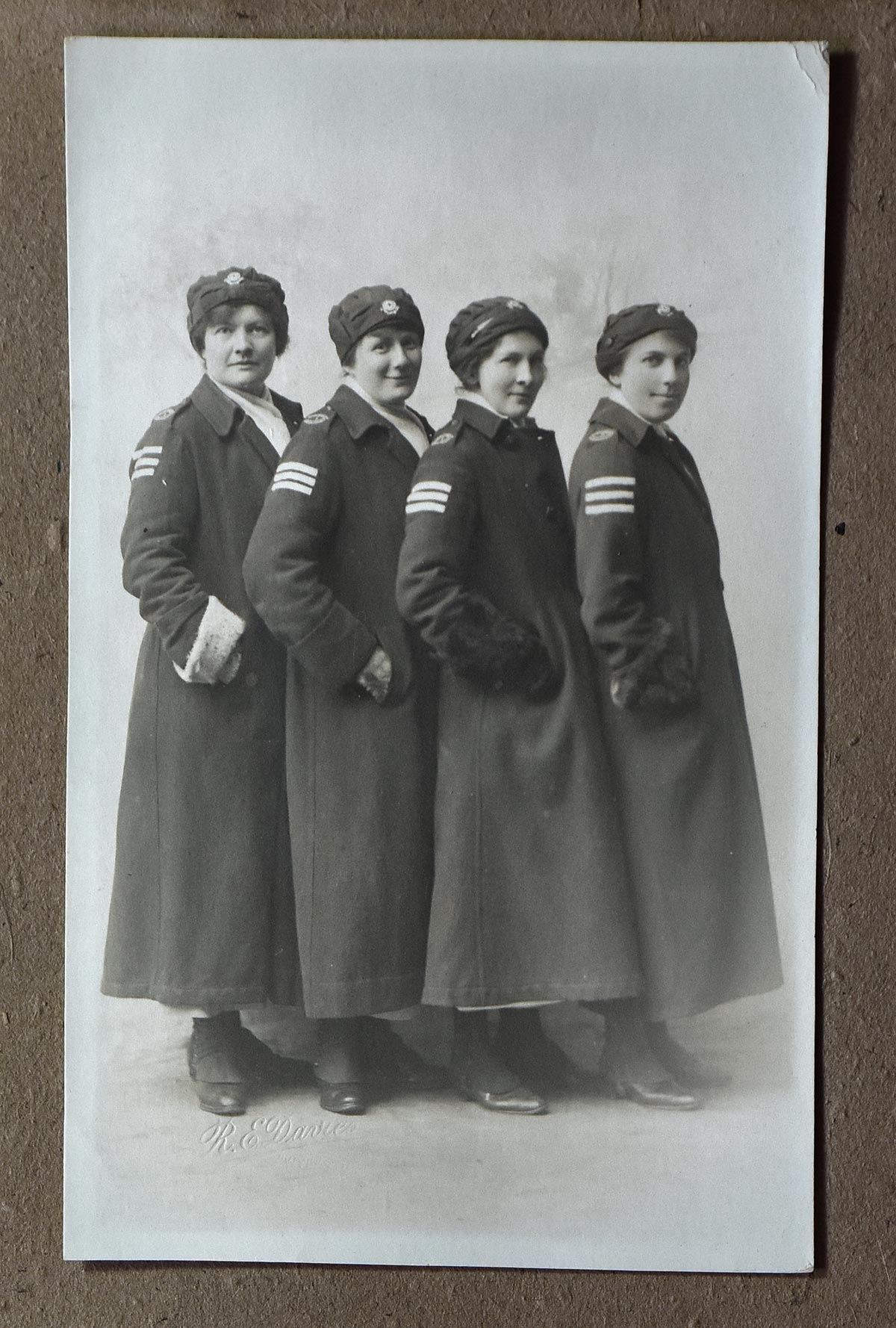 Bertha Jefferson, who became my mother's godmother, 'Puff' Currey, Evie and Consie Allen. They look like they are about to explode with laughter, sharing a private joke.

Tom and Evie meet at last at Westfield, the smaller of the two Red Cross hospitals at Ross-on-Wye.

The events at the hospital are imagined and yet something akin to them must have happened, and they feel very real to me. The scene in the orchard is particularly vivid. Evie loved birds all her life and in fact was arrested as a possible spy while birdwatching in the Essex marshes with her long Mons Meg telescope during WWII (and was immediately released when identified as Tom Westmacott's wife).

Did Evie turn him down? Yes she did, repeatedly. It is unclear how well they knew each other beforehand but as he and Mary had loved in India the answer has to be - not much.

The suggestion of one of the reasons for her rejection being prior knowledge of Reggie's death came about through discussion with Bikram and I am most grateful. Who knows? It could be true.